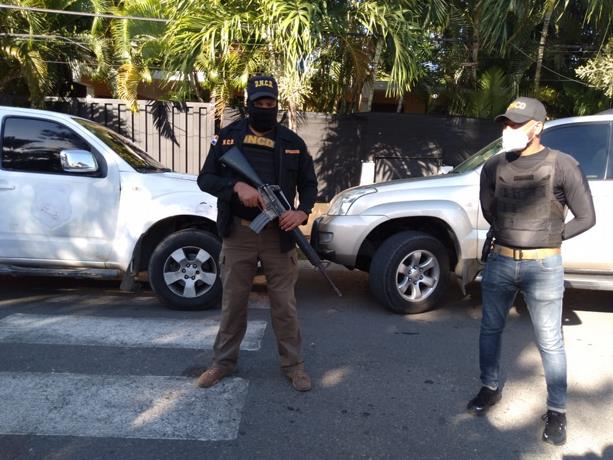 Santo Domingo.- Authorities are currently searching a property of the mayor of Santiago, Abel Martínez, located in Santiago.

There are agents of the National Drug Control Directorate (DNCD) are at the scene.

Diario Libre reports that Santiago chief prosecutor, Francisco Núñez, is at the scene of the raid of the house rented by the mayor of Santiago, Abel Martínez, who also uses it as a political headquarters, in Santiago.

He said the operation carried out by the DNCD in the property sought two people who reside in the house.

The operation began at 7am Friday in the house allegedly owned by the municipal executive, whose legal representatives are at the site.