The assailants are not afraid of the police in Los Guaricanos 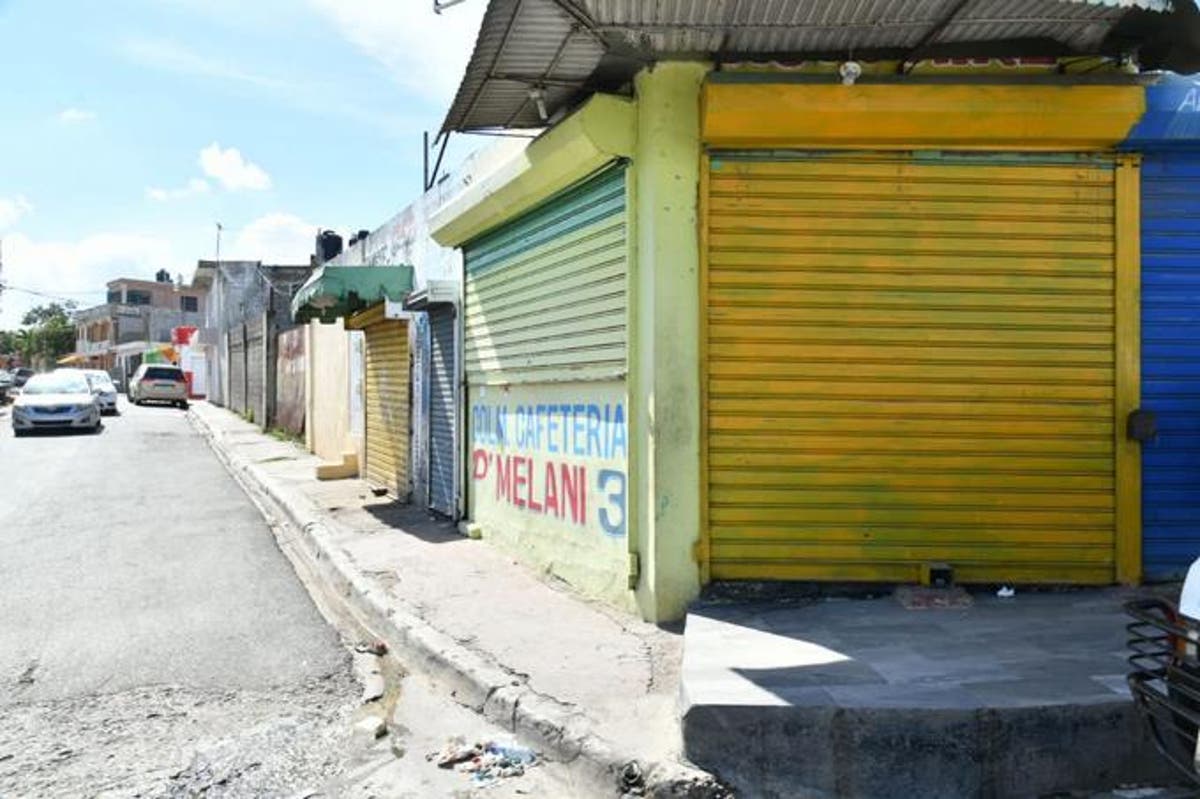 “Muggings happen around here all the time, to women who go and come back from work mostly in the morning,” said one of the residents.

In Los Guaricanos, there is no time to be afraid. The wave of assaults in this area of North Santo Domingo has citizens terrified to leave their homes.

The event that occurred around 7:20 am on Saturday has further exposed the situation. Three men attacked two police officers, leaving one of them in a critical state.

Residents say that this situation happens frequently, so they leave their homes in fear of having their belongings taken away.

“I am a guagüero, and I go out early to work. I have to leave my belongings, my wallet, my cell phone, and my small belongings because they catch you, and they shoot you,” said José Alberto, a resident.

In the doors of the businesses, you can see holes of at least one inch, which are the evidence of the frequently registered shots in that sector.

Some businesses have created iron barriers to serve customers through a window due to the high level of crime that those who live in Los Guaricanos often experience.

“Robberies, happen around here all the time, to women who go and come back from work mostly in the morning,” said one of the residents.

They also say that chases are constant. The assailants watch the movements and start chasing those who they intend to assault.

At the end of 2019, Warlyn Joselin Baez Baez, a 19-year-old medical student, was killed in the sector.

The young man was accompanied by his mother and two other people, whose belongings were taken from them at gunpoint.

Before this case, Paul Encarnación Mejía, 24 years old, an employee of the National Police, was also murdered along with his two-year-old son, by motorists during a robbery.

The last report issued by the National Observatory of Citizen Security of the Dominican Republic registered that 23% of the homicides due to crime were due to attempted robbery or assault, and 37% were due to theft or assault.

During the first quarter of 2020, weekends and the evening hours were the moments when the most significant number of these deaths were recorded, with the hours from 6:00 in the afternoon to 11:00 at night being the most common.

The population with the most significant incidence of homicides is people with an age range of 20 to 39 years, adding up to 118 cases for the first quarter of 2020.