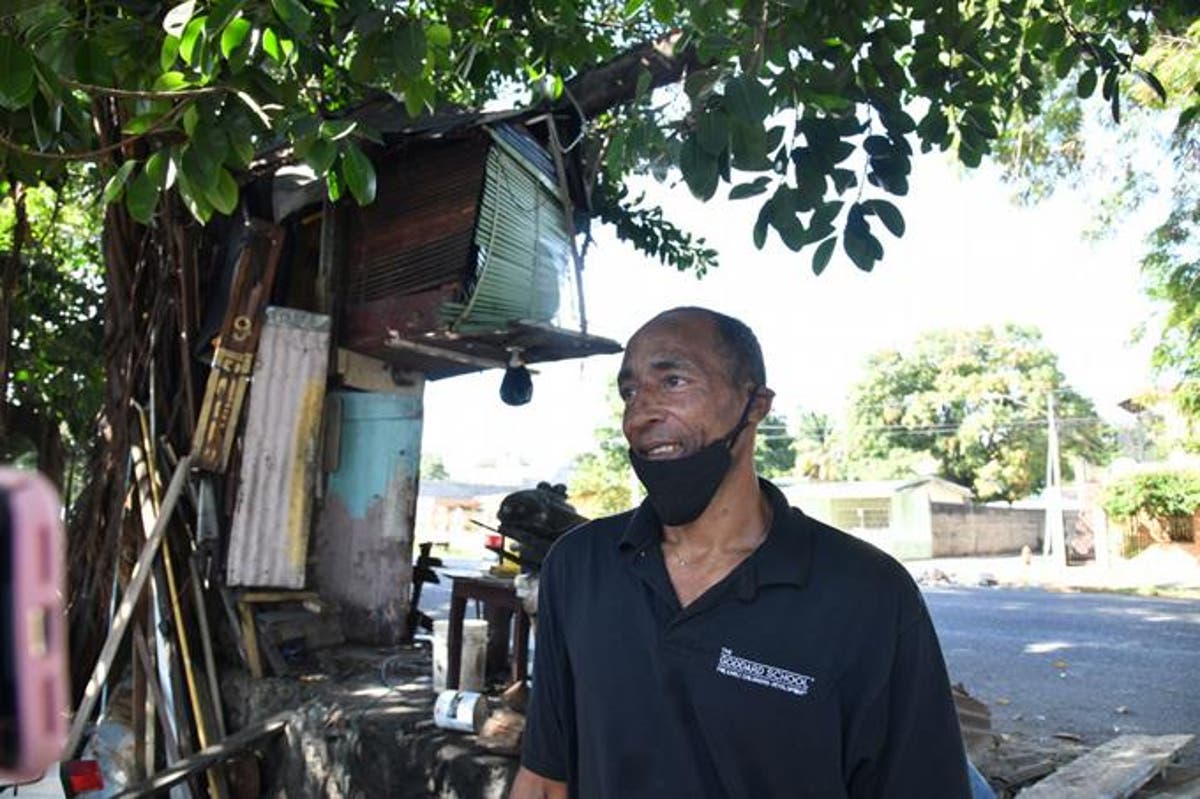 Richard is very happy that the dream of owning a house will come true. / RAÚL ASENCIO

Since last Saturday, Richard Rodríguez, the man who lives on top of a tree, has been full of joy because the dream that began around 35 years ago is one step away from being fulfilled.

After a report published by Listín Diario, describing the situation that Richard has lived through for 20 years, the first lady, Raquel Arbaje, expressed her intention to help the man and immediately began the process.

A team from the newspaper again went to the treehouse, located in Villas Agrícolas, for Rodríguez to tell how his life has changed. As soon as he observed the truck with the newspaper’s label, he got excited and shouted: “Oh, my friend, I don’t believe what is happening to me,” referring to the fact that he will soon have a decent roof.

Although Richard has already received promises from previous governments, he said that he feels they will help him this time.

“I know what will happen, but I still do not believe it, today (yesterday Sunday) they went to evaluate the land, and the engineer told me that they would help me, I have kept the newspaper with the publication of my story,” said Richard showing his characteristic affable smile.

According to what he related, an engineer went with him to the site he bought 35 years ago when he was a baker. In this place, they will build my new home.

“I did not expect so much, but everything has happened so quickly,” he said.

“And I want to tell people who are in a similar situation to mine, do not do the wrong thing to benefit, wait your turn because everyone has their day, like me. I waited for my turn, almost 20 years, but I waited for it.”

Richard Rodríguez has lived for at least 20 years on top of a tree that grew on Pedro Livio Cedeño Street, in the Villas Agrícolas neighborhood.

His house is made of plywood and pieces of zinc. He built it by himself, and it is approximately 10 feet wide by ten feet long. There he sleeps, watches television, and has his fridge.

Under the tree with numerous climbing lianas vines, he set up his workshop, which empirically allows him to repair tires. He is also sometimes called to do plumbing, electricity, and construction jobs.

He makes his food on the street. With sticks, he lights a fire where he cooks his food, and his neighbors allow him to use the bathroom, although he sometimes cleans himself near the roots of the tree that will soon cease to be his home.