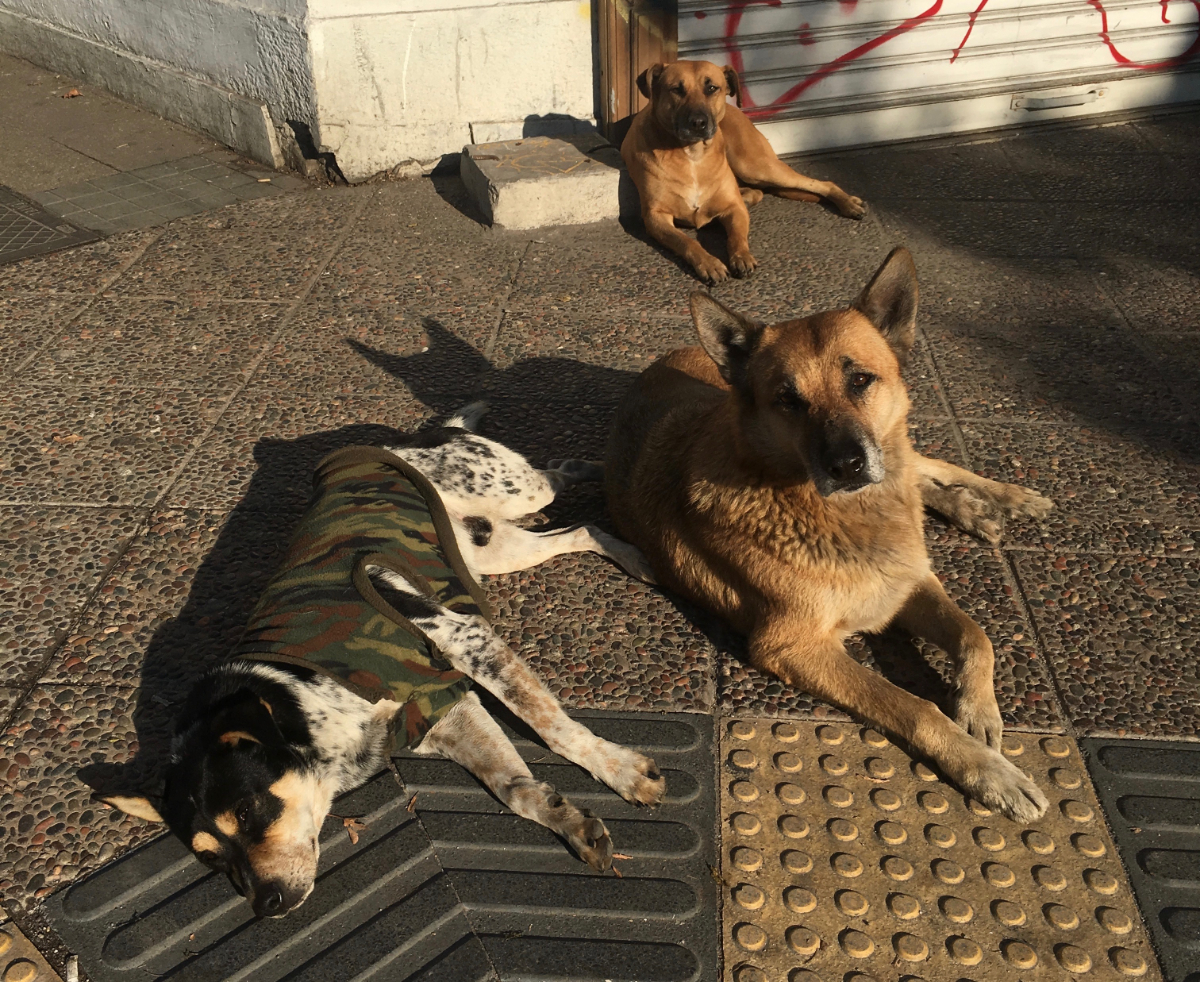 In public places and urban areas there are many dogs without owners.

The actions of a man, captured in a video while kicking his little dog three times when he was leaving an apartment in the Bella Vista sector of the capital, carries a prison sentence of between six months and a year.

This is established in Article 66, on the sanction for cruelty Law 248-12 on Animal Protection and Responsible Tenure, of August 15, 2012.

The case involving Oscar Arturo Nanita Gerónimo, detained inside his vehicle in the Bella Vista sector, is being investigated by the Animal Protection Unit of the Public Prosecutor’s Office (UPA), which is headed by Marylin Lois Liranzo.

Likewise, it was reported that the detainee would be subjected to a psychological evaluation. Simultaneously, the dog Truffles, a French Bulldog, remained under the custody of the referred unit, whose department is in charge of receiving, investigating complaints, and bringing to justice those who violate the referred law.

The video that circulates in social networks lasts 20 seconds, and in 10 of them, you can see the man kicking the domestic animal while the dog is heard howling in pain.

In the opinion of lawyer Amadeo Peralta, it is regrettable that citizens are not aware of the existence of Law 248-12, which punishes people for mistreatment, negligence, abuse, and cruelty to an animal. Peralta also pointed out that circuses or other shows that use animals are prohibited throughout the national territory.

The attorney also states that the sanctions provided for in Article 61, Chapters 3, 12, and 16 of the same law are even more severe since it describes as “acts of cruelty” to mistreat an animal in a treacherous manner, out of malice, brutality, selfishness, and satisfaction. Carrying out any painful operation on an animal in an unprofessional manner; intentionally hurting or running over animals, causing unnecessary torture or suffering to an animal, or causing its death are all resolutely illegal.

On August 15, 2012, Lorenzo Antonio Lora was arrested for causing the stabbing death of a donkey on his property, which occurred in the community of Las Calabazas de Jarabacoa.

Lora, who was arrested while transporting agricultural products on another donkey, said that at the time he committed the act, “he was under the influence of alcohol and that he did it because the animal did not want to walk.”

On November 12, 2019, a court-imposed on Juan Diego Felix a financial guarantee of RD$20,000.00 and periodic visits to the Animal Protection Unit, as coercive measures, accused of painting a dog in his ownership in Las Charcas, Azua, blue.

The coercion was imposed against Diego Felix after his apprehension after being discovered via a video in which he could be seen painting the dog blue.

On December 18 of that same year, the Public Ministry detained Juan Hilario, accused of dragging a dog tied to a rope down a street in the municipality of Jarabacoa.

A video that circulated through social networks shows Hilario dragging the dog tied to a rope.