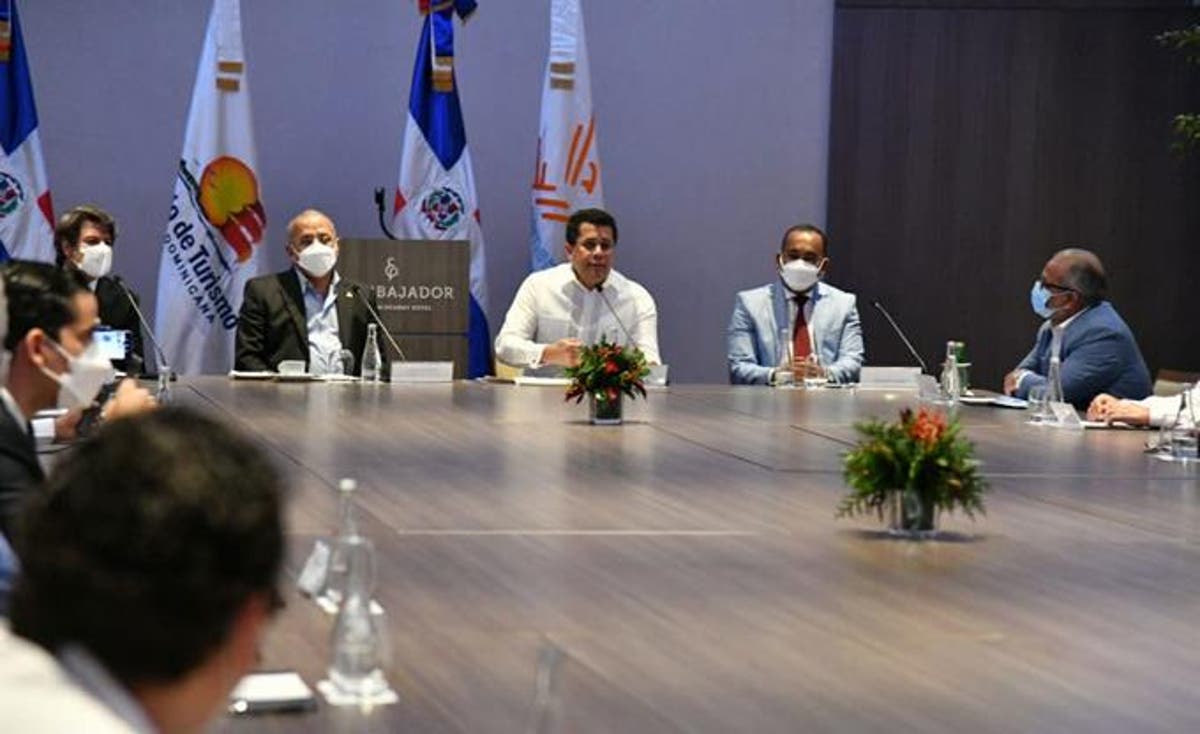 The Minister of Tourism, David Collado, along with the Minister of Health, Plutarco Arias, among other officials during yesterday's press conference to publicize the facilities available to tourists who come to the country. Glauco Moquete

Collado announced that tourists arriving in the country would have free trials as part of the facilities to recover the tourism industry.

The Tourism Cabinet announced that the Ministry of Health would donate 400,000 Covid-19 antigen tests to all hotels, to be applied to tourists who have vacationed in those areas and who require PCR to return to their countries of origin.

“Today gives us the guarantees that the Dominican government, via the Tourism Cabinet, will have the capacity to respond to the new requirements that the United States, Canada, and other countries have imposed. The Dominican government will grant the antigen tests to meet the demands of tourists that come to the country,” said the Minister of Tourism, David Collado.

He reiterated that on behalf of the Dominican government, via the Tourism Cabinet, they are giving guarantees to U.S. tourists who come to the Dominican Republic that they will be provided with antigen testing within the next 60 days, at no cost, coordinated with existing medical insurance.

The official gave the information after leading a meeting of the Tourism Cabinet, in which he explained that the tests would be applied free of charge to tourists, a measure that is part of the Covid-19 Traveler Assistance Plan granted by the State.

On Tuesday, the 26th, all air passengers two years or older must present a negative result of a Covid-19 test to enter the United States, as announced by the Centers for Disease Control and Prevention (CDC) last week. Collado said airports are preparing mobile antigen testing facilities for emergency passengers who cannot be tested before arrival, where applicable.

He explained that the Association of Hotels and Tourism (ASONAHORES) would coordinate with the hotels and the Ministry of Health the delivery, training, and technology platform that will support the process. “The hotels will cover the costs of applying these tests, with the necessary alliances with local clinics,” added Collado.

Collado said that in addition to those passengers who require PCR tests, all major destinations in the country have the capacity in clinics and laboratories to perform the tests 72 hours before departure. He explained that Punta Cana, Puerto Plata, and Santo Domingo could meet current and future demand in clinics and laboratories. At the country level, this demand is estimated to be between 6,000 and 11,000 tests per day. Additionally, in the next three weeks, this capacity will be increased by 40%.

Also present were the Minister of Health, Plutarco Arias; the President of ASONAHORES, Rafael Blanco; the Director of the Airport Department, Victor Pichardo, among other representatives of the government and the private sector.

Collado informed that together with private clinics, laboratories, the private sector, and the State, they had presented a concrete plan to guarantee that all outgoing passengers who require tests are tested without significant inconveniences.