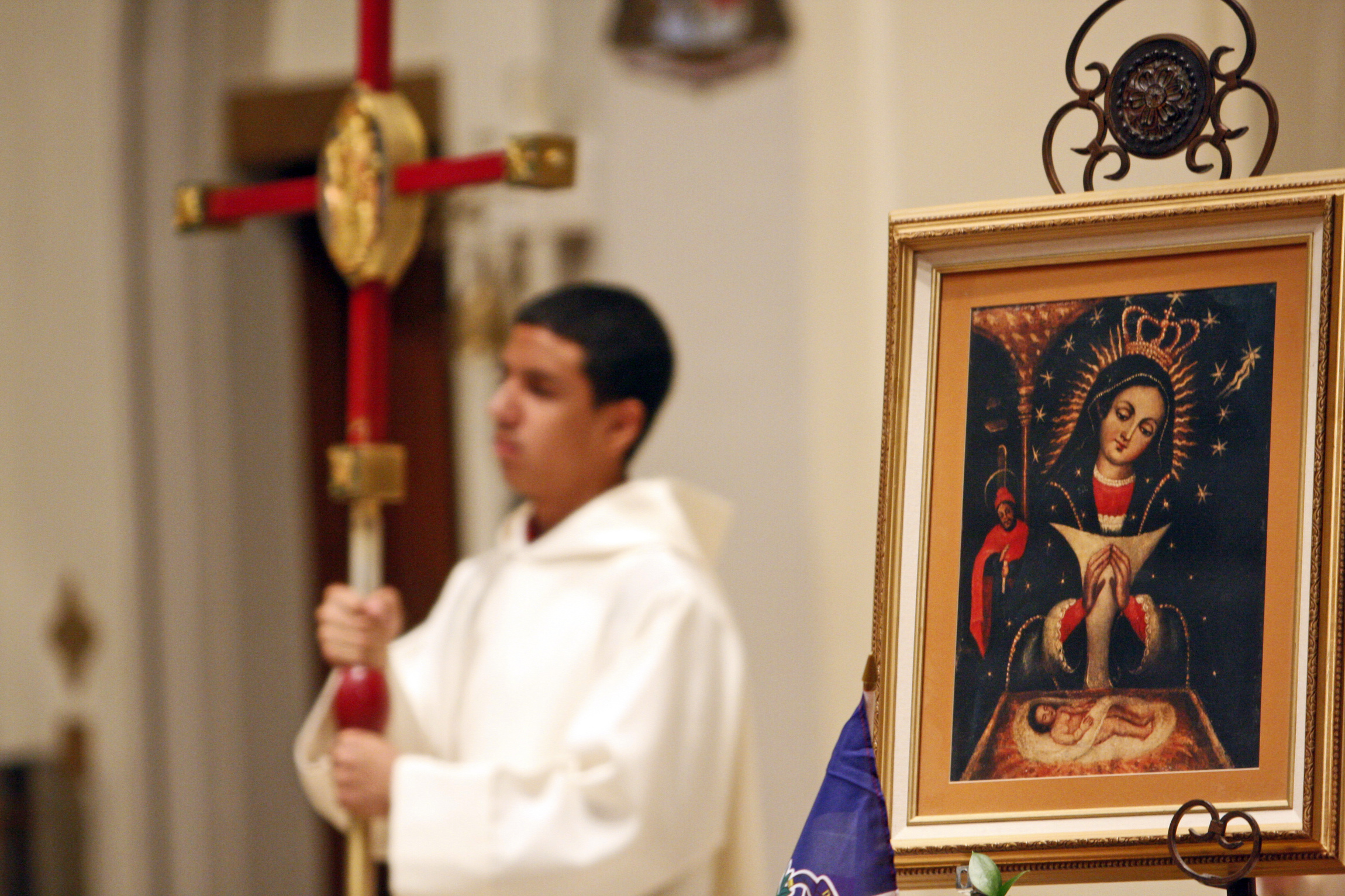 Cross-bearer Linardy Loveras processes near an image of Mary during a special Mass marking the feast of Our Lady of Altagracia at St. Agnes Cathedral in Rockville Centre, N.Y., Jan. 24. The feast, which falls on Jan. 21 and dates to 1514, is the oldest Marian devotion in the Western Hemisphere. Our Lady of Altagracia is the protectress of the Dominican Republic. (CNS photo/Gregory A. Shemitz) (Jan. 29, 2009)

Today, January 21, the country celebrates the Day of Our Lady of Altagracia, the Dominican people’s protective and spiritual mother.

Since its origins, the “Tatica” (as some call it), there are a series of curious facts, which perhaps many people did not know and are presented below:

– On October 12, 1992, by the pontiff John Paul II, who, during his second trip to the country, personally crowned the Virgin’s image with a silver gilded diadem.