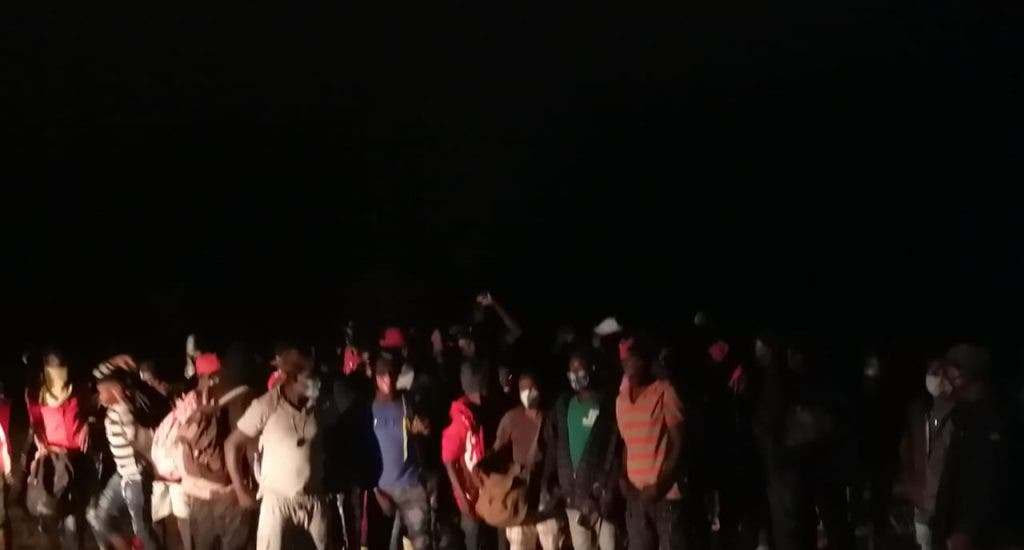 DAJABÓN.- As a result of an extensive interdiction operation, members of the Army of the Dominican Republic belonging to the 10th Battalion of the province of Dajabón detained many undocumented persons who were trying to enter the country illegally.

There were 73 detainees in total, all of Haitian nationality in irregular immigration status, and were detained in the evening hours of this Sunday, in the La Peñita de Dajabón community.

Major Manuel Ramón Ozuna led the soldiers. Under his orders, the detainees were transferred to the migration reception center in Fort Beller, from there to be processed and returned to their country of origin.