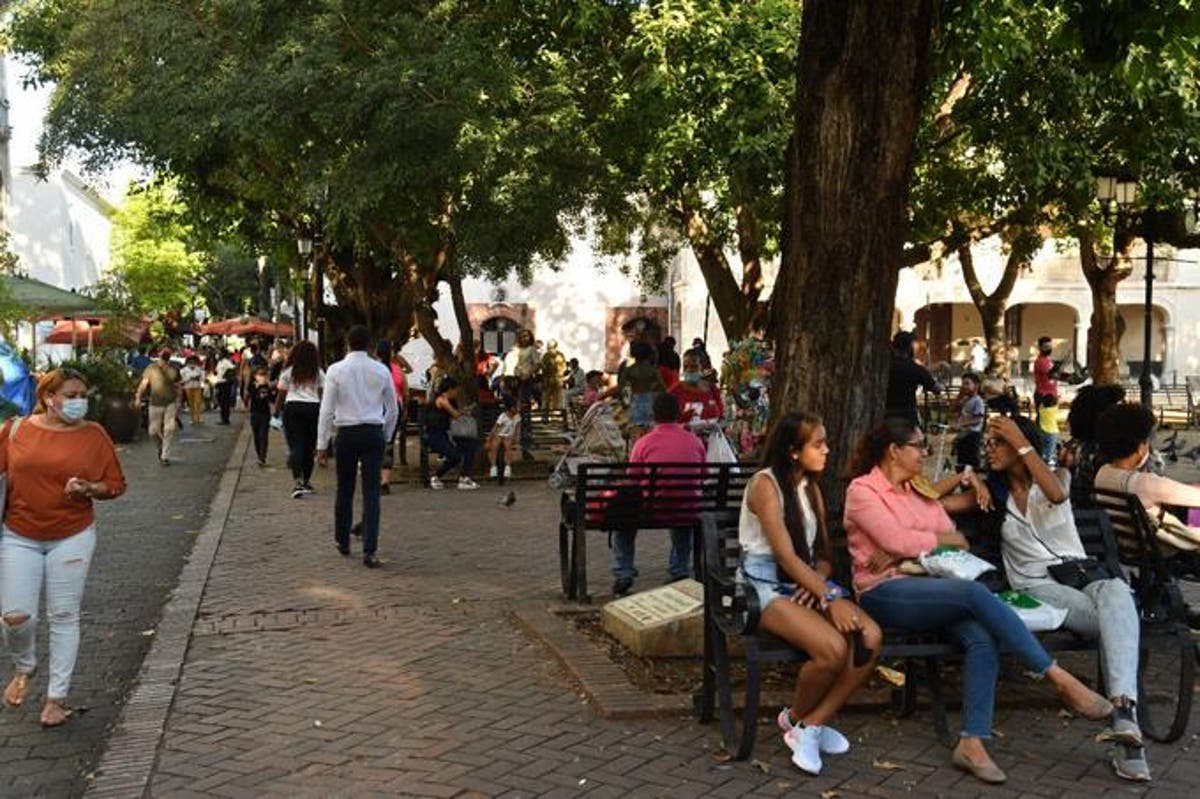 After easing the curfew and allowing the reopening of restaurants, it allowed the Colonial Zone to reactivate its usual activities. VÍCTOR RAMÍREZ / LISTÍN DIARIO

The Colonial Zone was very crowded this Friday. In the Plaza España, noticeable numbers of people were cycling around this place along with tourists who were getting to know the cultural richness of the locale.

At 4:00 in the afternoon, international tourists took advantage of the sun’s rays to take their pictures in front of the Alcazar de Colon.

The bars counted with the presence of young people who began to arrive after 4:10 in the afternoon, even though minutes before some tables in these places were already occupied.

In the bars, there were more couples than large groups of friends sharing drinks and chatting.

The agents of the Cuerpo Especializado de Seguridad Turística (Cestur) supervised the place on a motorcycle on several occasions.

In Plaza España, children were playing and racing bicycles.

A group of six teenagers was standing in a circle talking and taking pictures.

Here yesterday, there was a breath of fresh air and a sense of tranquility complemented by pop music from the bars and restaurants and the hubbub of birds.

“I haven’t exercised as much as I have in about 10 months,” were the words of one young girl to another as they rode the bicycles they had rented in the area.

People were also taking advantage of this Friday to give their babies car rides.

A young man with a guitar walked around looking for someone to sing a song to and earn a tip.

Other mariachis entered the terraces of the bars and restaurants of Plaza España and approached couples.

Some people were slowly starting to arrive after getting off work, which was evident by their office attire.

As is typical of these bars and restaurants, outside they had some blackboards advertising their “happy hour” special, where drinks cost less or are at the famous “2 for 1.”

Small groups of families with children were also seen in the restaurants.

Photographers took advantage of other Colonial Zone areas, such as Las Damas Street, for the quinceañera sessions.

ENJOY
The crowds.
On El Conde Street, the influx of people was more significant than in other areas. The area where there are restaurants was packed, and the customers were the most cheerful, singing bachata, merengue, or salsa and even enjoying live music.

In Colon Park, people were throwing food to the pigeons and taking pictures with them, and here in every space you looked at, there were many people.