CESFRONT apprehends dozens of non-citizens on the border with Haiti 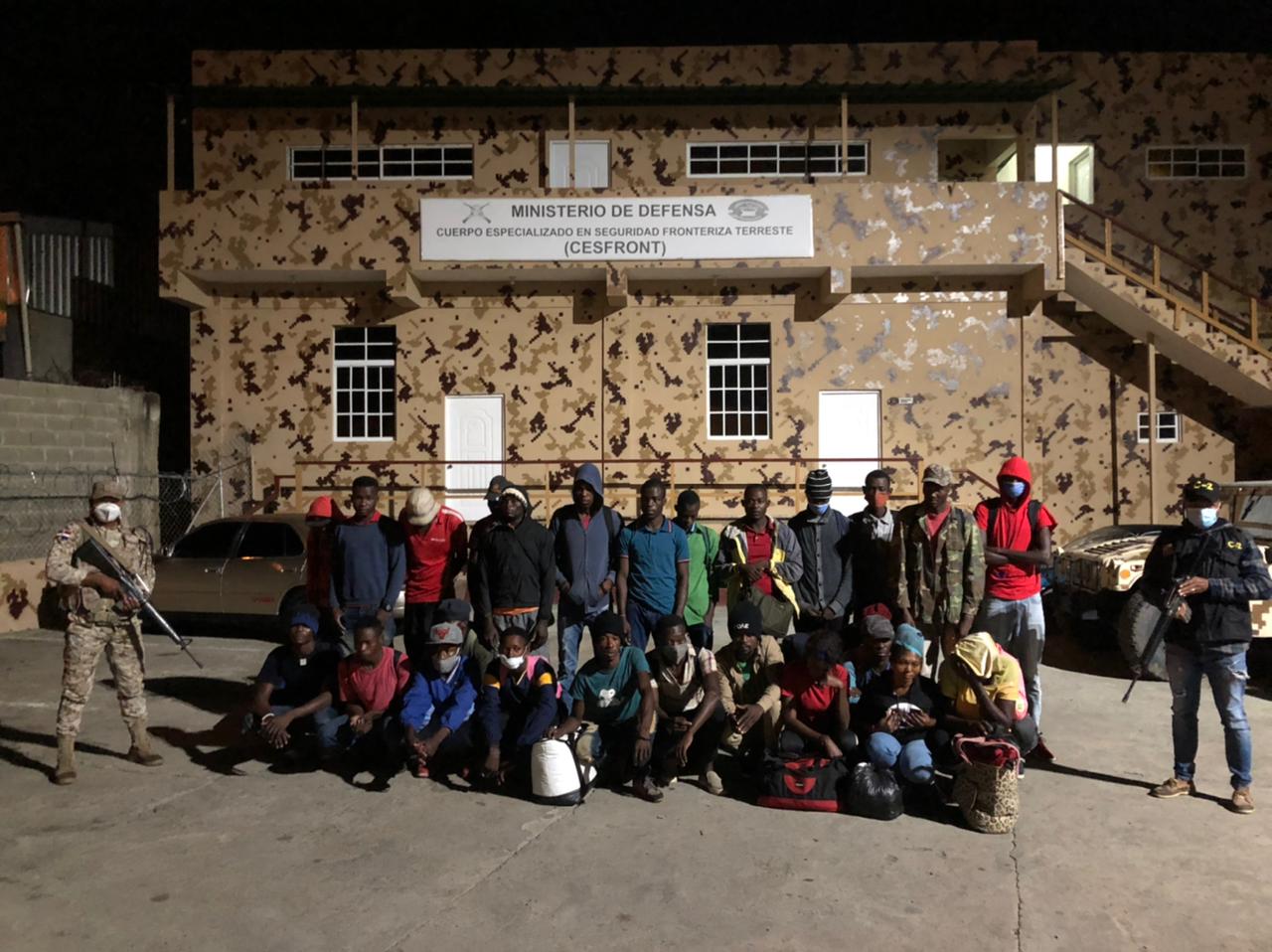 Undocumented Haitians who were apprehended at the border by Cesfront soldiers. EXTERNAL SOURCE

The Specialized Corps of Terrestrial Border Security (CESFRONT) apprehended early yesterday morning dozens of undocumented Haitians who clandestinely entered Dominican territory through the border zone of La Vigia de Dajabon, fleeing violence and cases of coronavirus, as well as unemployment and the lack of essential products.

The military agency informed that the foreigners were detected by drones flying over the area.

Cesfront said that military patrols immediately went to the places where the illegal Haitians were walking, where they managed to apprehend a good part of them.

He also reported that there were at least 100 men, children, and pregnant women among those arrested.

The pregnant women said that they came to the country to give birth in hospitals because, in Haiti, the health centers are a disaster and charged unreachable sums of money for their economic possibilities. They stated that here they do not have to pay to give birth.

The military authorities revealed that the children tried to enter the country in the company of their parents and other relatives.

The apprehended foreigners were handed over to the General Directorate of Migration.