National Police will crack down on noise makers 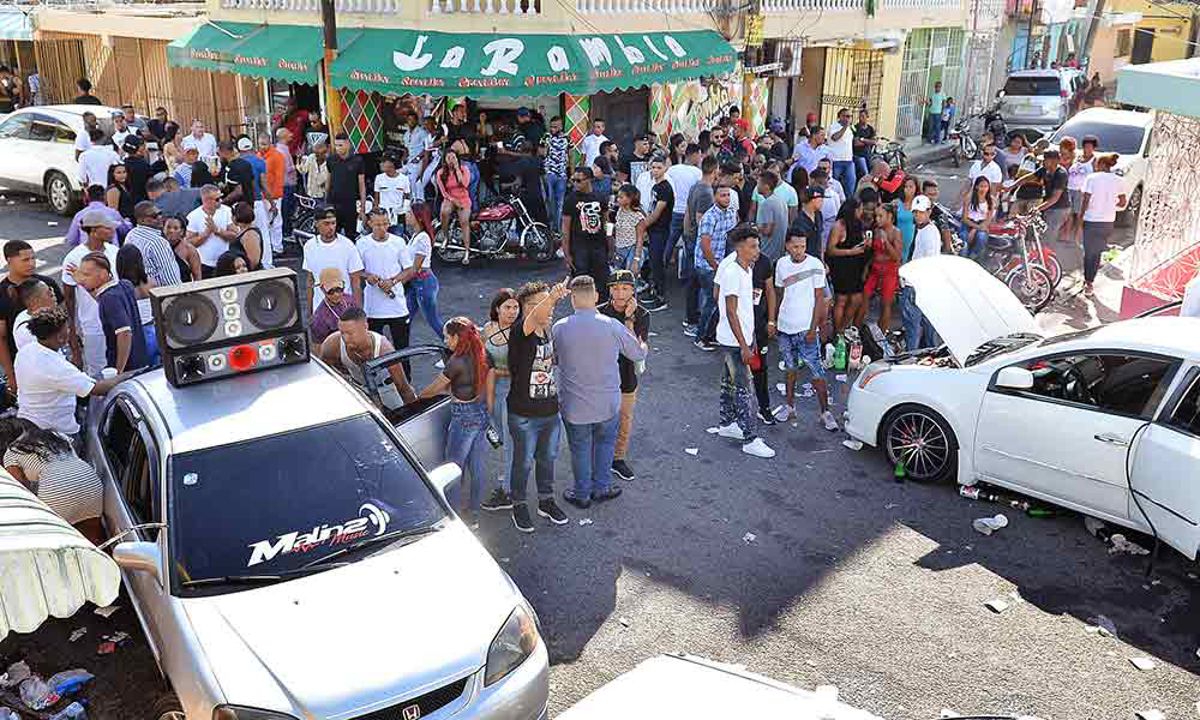 He says they will bring the cases to justice and, depending on their seriousness, they will receive imprisonment of one to three years because he warns that “noise is a crime.”

“Education is better than repression.” This is a phrase pronounced several times by the spokesman of the National Police, Colonel Miguel A. Balbuena Alvarez, during an interview he gave to Listín Diario on the subject of noise in the country.

To reinforce his consideration, he emphasized that the director of the National Police, Major General Edward Ramon Sanchez Gonzalez, is visiting the different sectors and towns of the country to hold meetings with the community and to orient them on the importance of respecting the rights of the communities, pointing out the problem of noise pollution.

Every month, they hold up to four or five meetings in different places. They have been in Higüey, the Colonial Zone, San Carlos, and other areas. They will soon be in La Zurza because they want to be a police force close to the communities.

“From my point of view, this situation must be solved by all of us. It is a matter of co-responsibility, whose solution must be sought in citizen education, not in repression. We are doing our part, and we abide by Law No. 90-19, and we act in consequence of what it establishes,” explains Balbuena Álvarez, who punctually received the team of this media.

To understand what the Police spokesman is referring to when he mentions the law, it is necessary to note that Article 2 establishes that “The production or emission of noise that exceeds the permitted limits established in the text ‘Environmental Norms for the Protection against Noise’ issued by the Ministry of the Environment and Natural Resources are considered infractions of this law.”

Although the problem is still latent and the population understands that their complaints are not “heard,” the spokesman speaks with propriety. “We are working on this. Day by day, we seize many loudspeakers, and, always following the law, we act to control the problem. In fact, in January alone, we received 32,000 noise complaints. That is to say, they are received, and we are paying attention to this.” Extremely loud motorcycles are also a major problem often intrusively interrupting people’s conversations.

“It is not an excuse, but the pandemic itself has worsened the problem of noise pollution in the country. And I tell you, we have a representation of Anirruidos in the 32 provinces of the country, and we try to attend to the complaints, to respond to those calls, but to achieve what we want, we need society to become aware of the damage that noise does to health,” he comments.

The voice of Anirruidos
He is so interested in making transparent the work they are doing to confront the “noise pandemic” that, on his initiative, he immediately arranged an interview with the person in charge of the Anti-noise Department, Colonel Manuel Y. José Polanco. He sent the Listín Diario team to Guachupita, the neighborhood where this unit operates in a police vehicle.

“The first thing is that 911 is working. That system is a channel that feeds our access routes to respond to complaints. Sometimes we cannot attend to all the complaints, but we try to do the best we can. In Greater Santo Domingo, we receive up to 1,000 complaints per day.” The explanation comes from Colonel Jose Polanco.

He assures that since noise is a crime, they are working with the Environment, with the judges’ support, to bring to justice the cases of noise so that those responsible pay with one and up to three years in jail.