No one can walk the streets of Quisqueya 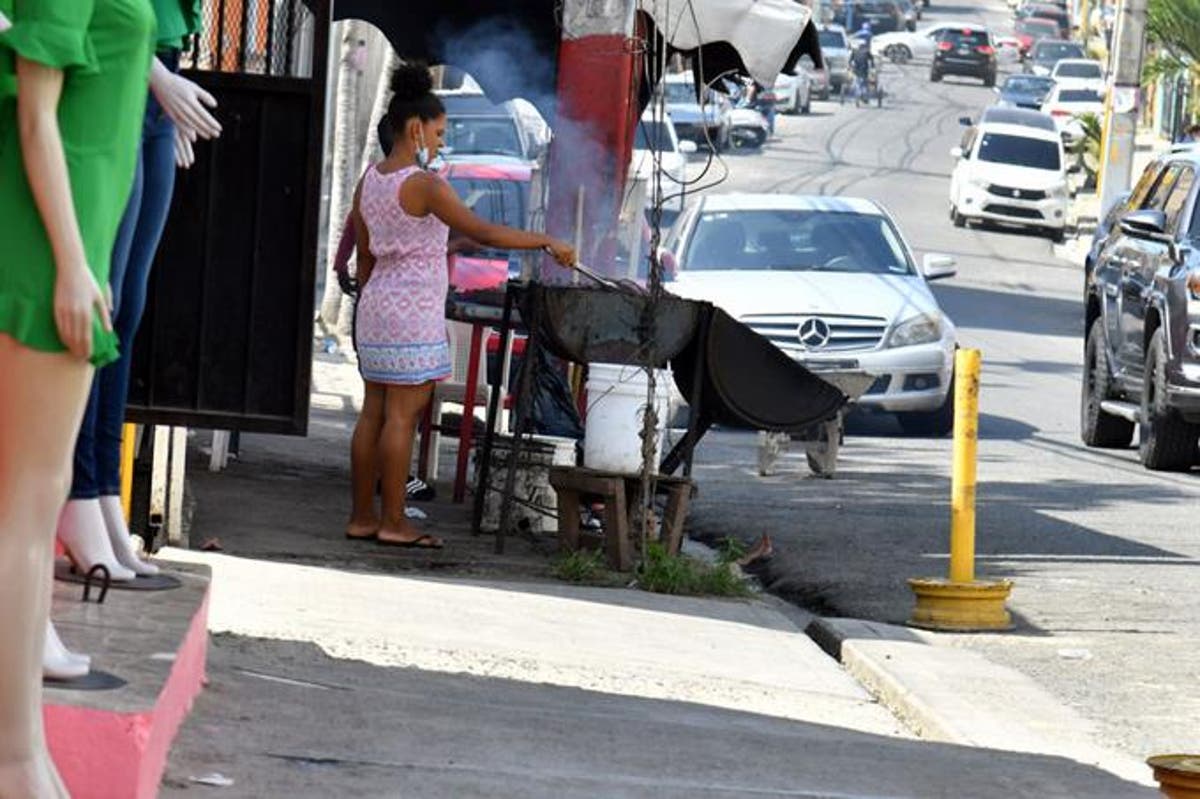 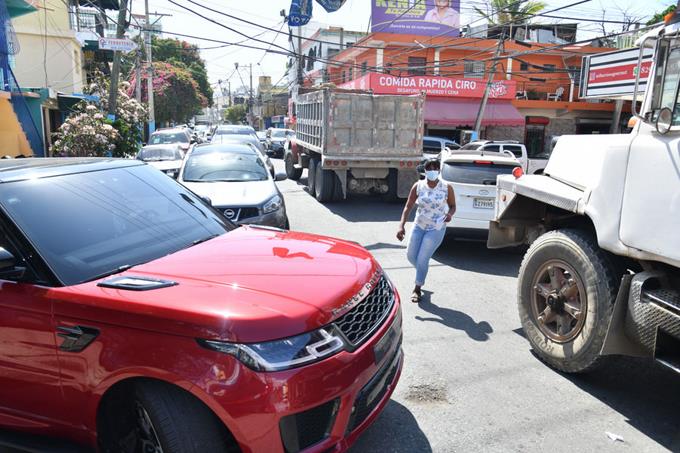 Crossing the streets or sidewalks of the Ensanche Quisqueya sector is a challenge that requires special skills that allow a citizen on foot or mounted on a bike or motorbike to deal with obstacles ranging from vehicles parked on both sides of the streets, washing machines and stoves, water bottles, tables of any food venue and even car seats.

“There is no progress on the roads or the sidewalks,” said the residents of the area, who witness every day how the vehicles get stuck on the roads because they cannot get around the obstacles that get in their way.

Pablo Veloz, a resident of the area for 53 years, said that the problem of road traffic and the appropriation of the sidewalks “has been going on for a long time.”

While trying to fix his car under a small refuge of shade, Veloz said that on one occasion, the authorities tried to solve the problem by placing “no parking” signs and deploying agents of the General Directorate of Traffic Safety and Land Transportation (Digesett) to ensure compliance with traffic signals.

However, according to Veloz, the signs were disappearing by the locals’ hands, and the presence of uniformed officers diminished to the point of complete absence.

For Pablo Veloz, non-compliance with the law is the leading cause of the problem that persists in the area.

“Here, nobody wants to respect the law. If they parked on one side only, they wouldn’t have all these jams,” he added.

However, the Ensanche Quisqueya resident acknowledged that he was breaking the rules since the car he was trying to fix was on the sidewalk.

“I know I am doing it wrong, but at least I try to leave a space for people to walk even when I am in front of my house,” justified Veloz, while pointing out that a bus of the Oficina Metropolitana de Servicios de Autobuses (OMSA) gave him a “yaguazo,” precisely because he parked under the pedestrian area.

Meanwhile, Víctor Reyes, also a resident of the community, said that the streets of Ensanche Quisqueya should be converted into one-way streets as has been established by the National District Council (ADN) in other zones.

He also stated that the businesses could not be held responsible since their employees and clients need to park.

Invasion of sidewalks
With 60 years of living in the area, María de los Ángeles indicated that even though “each street has a line of cars from side to side,” businesses of all types are the ones that contribute to the difficulty of movement in the locality by completely invading the pedestrian circulation area.

During a tour carried out by a Listín Diario team, it was possible to verify how any little shadow or corner becomes a point of sale and commercialization.