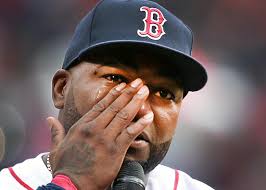 One year and eight months after the attack against former Dominican player David Ortiz occurred, the preliminary trial against those accused of this act will begin in the next few days.

Below is an account of this case that captured people’s intentions at the national and international levels.

The veteran ex-baseball player David Ortiz was about to lose his life when on the night of Sunday, June 9, 2019, he was shot by a person who was moving on a motorcycle. At that point, he was sharing with friends at the Dial Bar and Lounge, located in Santo Domingo Este.

The “Big Papi” fell in a state of gravity when he received a bullet impact in the lower region of his back, exiting through the abdomen.

Ortiz was immediately transferred to the Dr. Abel González Advanced Medicine Center by a man at the scene, identified as Eliezer Sal.

At the time of the event, the former Boston Red Sox player was with the communicator Jhoel López, who also received a slight gunshot wound, the urban artist Secreto el Famoso Biberón and his friend Sixto David Fernández.

Since the night of that Sunday and for several weeks, the news about this case monopolized the media’s main headlines both nationally and internationally.

After undergoing surgery at the Abel González clinic, “Big Papi” was transferred to Boston, the United States, where he underwent two more surgeries.

Two days after the event occurred, the National Police reported that they had arrested the attack’s alleged perpetrator.

As the days went by, the institution of order continued to detain people allegedly involved in the attempted murder of the Major League Baseball player, up to 14 defendants.

According to the authorities’ hypothesis, the shot at Ortiz was confusing, since the attack was directed at Sixto David Fernández.

After his recovery in a Boston hospital, Ortiz ordered a private investigation that, according to the former player, also concluded that it was a

Víctor Hugo Gómez Vásquez is pointed out as the intellectual author of this case. Supposedly he had ordered to kill his relative Fernández, who shared with the former player at the bar the night he was shot.

After almost six months of the attack, David Ortiz returned to visit the Dominican Republic for the first time on December 8 of that year, then his stays in it began to be more frequent.