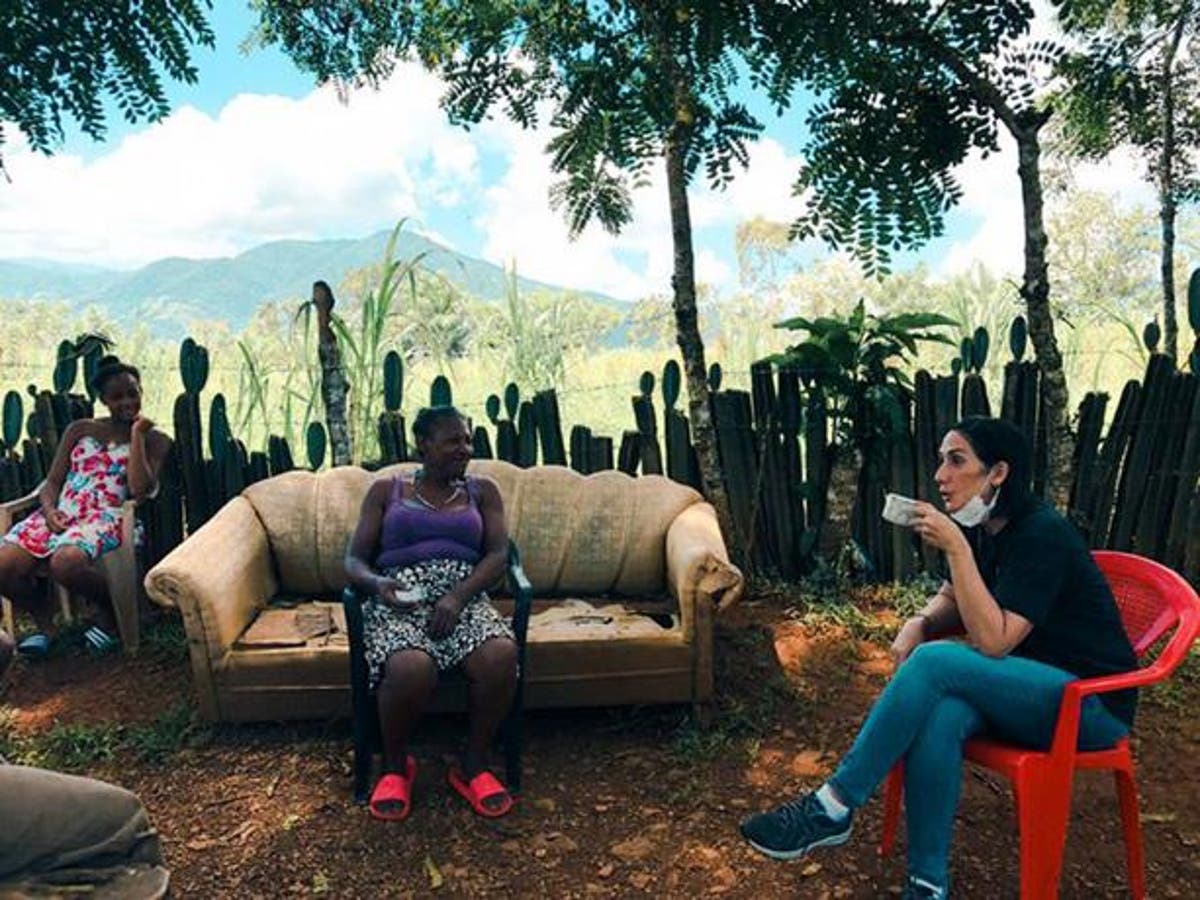 Even though President Luis Abinader eliminated the Office of the First Lady, Raquel Arbaje, wife of the current Head of State, has taken advantage of her position during almost six months of government to promote social policies and channel aid to dozens of needy or marginalized people.

Storm Laura was the first natural disaster of Abinader’s administration. In September 2020, the atmospheric phenomenon caused Luz Vanessa, mother of three children, to lose her belongings due to the floods. After visiting her and learning about her situation, the First Lady channeled the delivery of beds, fans, refrigerator, stove, and television to the family.

During October, the “Prevenir es Vivir” (Prevention is Life) breast cancer screening days were held, in which Arbaje promised to follow up on each case detected. According to journalistic records, 1,500 women were impacted, of which 255 will undergo more exhaustive examinations.

In the same month, when the presidential couple learned of Yocairy Amarante’s condition, a young woman who was attacked with “devil’s acid” on the alleged orders of her ex-partner, both promised to provide the necessary support for reconstructive surgeries.

For November, they presented a program together with the Special Fund for Agricultural Development (FEDA), in which single women manage grocery stores and points of commercialization of agricultural products, while the rest of the community has access to low cost. They also have flexible loans that they will pay back with what they produce.

The first of these was inaugurated in Los Alcarrizos.

Hilda Peguero, an 85-year-old woman whose ailments keep her prostrate in her home in her children’s care, stopped receiving the pension of almost 8,000 pesos, which she received from the State after 51 years as an employee of the Ministry of Public Health.

After Listín Diario published the story of Mrs. Peguero, the First Lady of the Republic showed interest in the case. She expressed that she would personally take charge of channeling the help.

At the end of the third month of the administration, a girl named Leticia expressed, through a video, her desire to know the National Palace. In the same way, the First Lady invited her to the lighting of the Christmas tree.

In October, Arbaje met Jesús Manzueta, who has worked in sugar cane plantations for years and gave him a new house by the end of November.

Together with the National Housing Institute (INVI), the First Lady delivered four homes to vulnerable families living in Barahona’s Jaquimeyes sector on November 30.

Among these families was a lady named Yesenia, who had requested a month before a new roof for her relatives, living in a house made of wood and zinc, with cardboard windows.

On the occasion of the International Day of Disability, on December 3, the First Lady gave an economic contribution to the Fundación Manos Unidas por el Autismo (United Hands for Autism Foundation), directed by Odile Villavizar.

A cameraman named Alex Villegas, a cancer patient, asked the First Lady for help with his treatment through social networks. He wanted her to visit him at the Rosa Emilia Sanchez Perez de Tavares National Cancer Institute (Incart).

Arbaje went to meet him, and they prayed together. But a day later, Villegas passed away, and the presidential family made themselves available to the Villegas family.

During a reforestation day held in Villa Altagracia, the first lady “invited herself to a coffee” in the yard of a peasant woman. On that occasion, the lady told her that she wanted to have a house in better conditions and some pigs. Subsequently, a new home was built for her, as well as a sty for the pigs.

On the eve of Christmas Eve, Arbaje went to the Najayo Women’s Penitentiary Center in San Cristóbal. In addition to talking and sharing with the inmates, she gave them several computers to take virtual classes.

According to a publication on the President’s wife’s Twitter account, the computers belonged to the former Office of the First Lady. There, Arbaje assured to leave with the commitment to ensure the social reintegration of these women.

In January 2021, she helped Nurys Henry, who worked as a street sweeper and bottle collector at the Los Alcarrizos Mayor’s Office. Henry, who was doing other businesses to increase her income, started a grocery store where she sells fruits and vegetables with the support of FEDA.

Following a Listín Diario publication about Griselda Ceballos’ desire to continue her breast cancer treatment and recover her health, Arbaje came to her aid and channeled her treatment coverage through Senasa insurance.

Arbaje provided one of her most recent acts of assistance on February 1. The First Lady was in Villa Linda, where the Frías Nivar family lost two of its members when the rains of storm Laura and the overflowing of a gully caused the collapse of a wall in their home. There, Arbaje gave Claritza Frías a new home.

According to Arbaje, hundreds of millions of pesos from the former Office, eliminated by President Abinader, have been allocated to social projects and, especially, to aid single women or women in violent situations.

These are just some of the aids that the First Lady has allocated, as she has also managed the support to denunciations made through social networks, as well as she has also shown support to social causes such as the prohibition of child marriage or the defense of women victims of sexual aggression. Also, she has participated in reforestation and beach cleaning campaigns.