Illegal entry does not prevent refugees from being protected 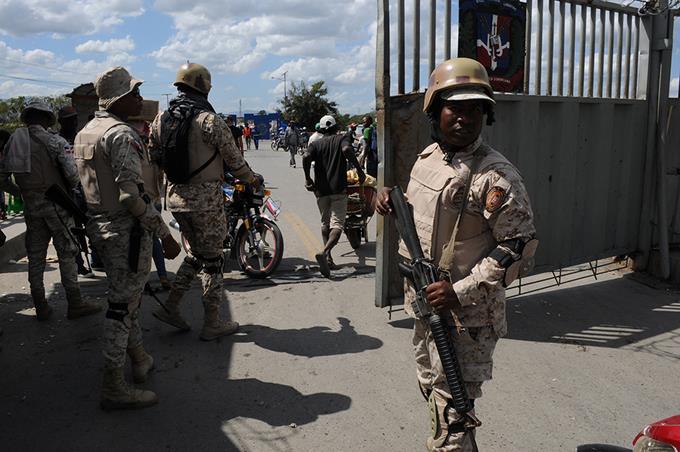 Surveillance has been increased at the border. ARCHIVE/

Illegal entry into Dominican territory does not constitute a cause for rejection of a refugee request, provided that the applicant meets the conditions to hold refugee status in the regulations on the matter.

This is provided by the Regulations of the National Commission for Refugees in the Dominican Republic, which establishes that the foreigner who enters the country illegally to seek refuge must appear before the competent authorities within no more than 15 days.

The regulations for refugees, instituted by Decree 2330, of September 10, 1984, define refugee status and contemplates the procedure and prerogatives conferred on these citizens. The refugee is the person who has been forced to leave their country of origin or habitual residence due to verifiable situations of persecution for reasons of their race, religion, nationality, political opinions, or belonging to a particular social group, as defined by the agency of the United Nations Refugee Organization (UNHCR) on its website and international and national instruments on the matter.

The Dominican Constitution establishes foreigners’ right to request asylum in the national territory when they feel persecuted in their country of origin for political reasons.

According to article 46.2 of the Constitution, the political crimes excluded for refuting are administrative corruption, terrorism, crimes against humanity, and illegal acts.

Once they are in this condition, the Magna Carta orders that they be guaranteed exercise of the rights recognized by the international agreements signed by the country.

The person interested in being recognized as a refugee must request the authorities of the General Directorate of Migration at the borders, ports, airports, or in the capital, Santo Domingo, according to article 7 of the regulations.

The National Commission for Refugees (CONARE) is responsible for studying the applications, which was instituted by Decree 1569, of November 15, 1983, for the application of the Convention on the Status of Refugees of 1951 and its protocol of the year 1967, of which the Dominican Republic is a signatory.

CONARE is chaired by the Ministry of Foreign Affairs and comprises the Ministry of Labor, the Legal Consultancy of the Executive Branch, the Attorney General’s Office, the General Directorate of Migration (DGM), the National Investigations Department (DNI), and the National Police. It has an office attached to the DGM for the entire refugee process.

By authorization of CONARE, Migration must issue a card to refugees that prove their condition and a travel document provided for in the 1951 Convention on the Status of Refugees. This card has a duration of one year and may be renewed.

The regulations provide for the expulsion of a refugee for national security reasons or public order maintenance. Still, the United Nations High Commissioner for Refugees (UNHCR) must be previously informed.

“No refugee may be placed on the borders, by expulsion or return, of territories where their life or their freedom is in danger due to race, religion, nationality, belonging to a certain social group or their political opinions,” the regulations indicate.

Nor does it allow the refugee to invoke these benefits “when, for well-founded reasons, he is considered dangerous to the security of the country or who, having been the subject of a definitive conviction for a grave crime, constitutes a threat to the national community.”

This week, the former mayor of the capital, Port-au-Prince, Chevry Youry Ralph, the former governor of Sacalasou, Werson Pierre, and Haitian Police officers Antonine Maquendy Wiquensont Despine requested refuge from the Dominican government when they were forced to flee. after they were accused of organizing an attempted coup against President Jovenel Moise

According to information published by Listín Diario, Haitian immigrants were arrested on Monday night by members of the Army at the border control point of the municipal district of Santiago de la Cruz in Dajabón.

Last Tuesday, the Ministry of Defense (MIDE) reported that they were arrested when they tried to enter Dominican territory irregularly because they did not have the proper documentation.