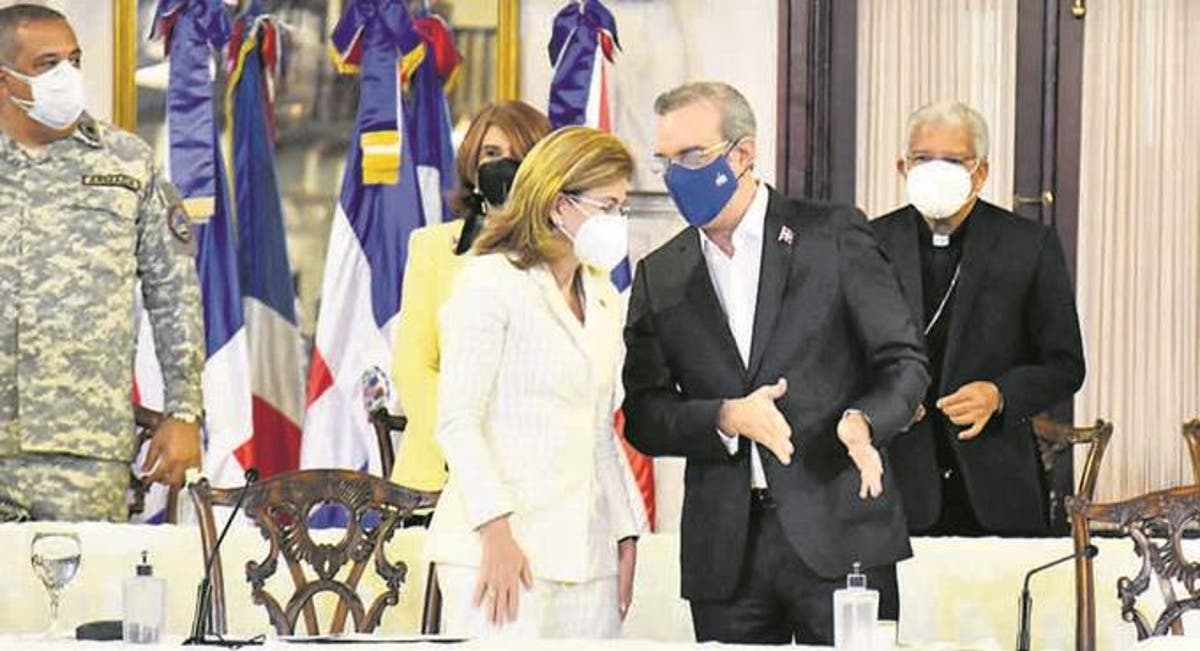 The most powerful vice president in the last 60 years?

Santo Domingo, DR
Since taking office as Vice President of the Republic last August 16, Raquel Peña has been one of the officials who has earned the most headlines in the media.

Peña has had more decision-making power, given her responsibilities, in the young administration of President Luis Abinader.

This fact is not advantageous. Raquel Peña, an academic born in Santiago 54 years ago, has led the governmental response team to the new coronavirus’s pandemic. She has done so as coordinator of the Health Cabinet, created by President Luis Abinader.

Peña received and executed the charge of negotiating the agreement with the pharmaceutical company AstraZeneca which has guaranteed 10 million doses of its vaccine against Covid to the country, at the cost of US$40 million.

This amount of vaccinations is the most considerable amount agreed by the Dominican Republic with any pharmaceutical company to face the Covid-19 crisis. The hopes of fighting the virus are centered.

On Monday, February 15, the Dominican Republic received the first batch of 20,000 doses of Covishield vaccine from India, with the AstraZeneca formula, and today, Friday, it expects another 30,000 antidotes against the dreaded virus as a donation.

The importance and trust deposited by President Abinader in her are also visible in her presence in most of the protocol and unofficial acts of the Republic’s Presidency, actions that do not find replicas in the mandates of former presidents Danilo Medina, Leonel Fernandez, or Hipolito Mejia.

“Undoubtedly, this very particular circumstance (being coordinator of the health cabinet during the impact of the pandemic) has contributed to her being seen as one of the most active vice presidents in recent history,” contextualizes historian Juan de la Cruz.

Cedeño managed the social policies of the two governments of Danilo Medina, 2012-2020. But beyond those functions, her spheres of action were limited.

The same could be said of Don Rafael Alburquerque, who equally coordinated the social policies cabinet in Leonel Fernandez’s administrations between 2004 and 2012.

“Milagros Ortiz Bosch had a great participation having been the Minister of Education while serving as Vice President (the first in Dominican history), she contributed to greatly increase the education sector and even managed to have the competitions instituted,” recalls De la Cruz, also a professor at the state-run Autonomous University of Santo Domingo (UASD).

De la Cruz says that before those efforts, one would have to go as far back as Carlos Morales Troncoso, who served as vice president in one of Joaquin Balaguer’s administrations, was also the country’s foreign minister.

Perhaps the most incredible show of confidence and influence that can be shown to support the thesis that Raquel Peña has been the most powerful vice-president in the country in the last 60 years is her role as interim president of the National Council of the Magistracy.

Dominican political tradition shows that the Republic’s presidents (Fernandez, Mejia, and Medina) have been the ones who have directed, all along the way, the interview and selection processes of judges in the Dominican Republic.

During the most recent days of interviews conducted by the National Council of the Magistracy, in the search for four judges for the Constitutional Court, Raquel Peña twice assumed the functions of president of the Council on the President’s behalf. Luis Abinader, who was absent “due to previous commitments.”

Abinader’s decision was based on Article 4 of Law 138-11 of the National Council of the Magistracy, which establishes that if the president is absent from the council’s sessions for any reason, the vice-president of the country may substitute him.

The vice presidents… with other functions

Reviewing the country’s recent history, one finds Rafael Alburquerque, vice president of Leonel Fernandez in his two governments from 2004-2012, who was among the creators of the social cabinet.

In 1996, under the administration of the first government of Leonel Fernandez, the participation of the then Vice President Jaime David Fernandez did not find significant presidential assignments, dedicating himself to promote a reforestation policy with the “Quisqueya Verde” program.

Between 1978-1982, Antonio Guzmán Fernández’s vice president, Jacobo Majluta, also served as the Corporación Dominicana de Empresas Estatales (Corde), and according to several newspaper reports of the time, he was in charge of a total of 24 companies.

Majluta succeeded Guzman Fernandez after his suicide 41 days before the transition.

The vice presidents during the governments of Joaquín Balaguer concentrated little participation of importance, except in Carlos Morales Troncoso’s case. He became the country’s chancellor and ambassador to the United States for 1989-1990, simultaneously with his work as second in command.