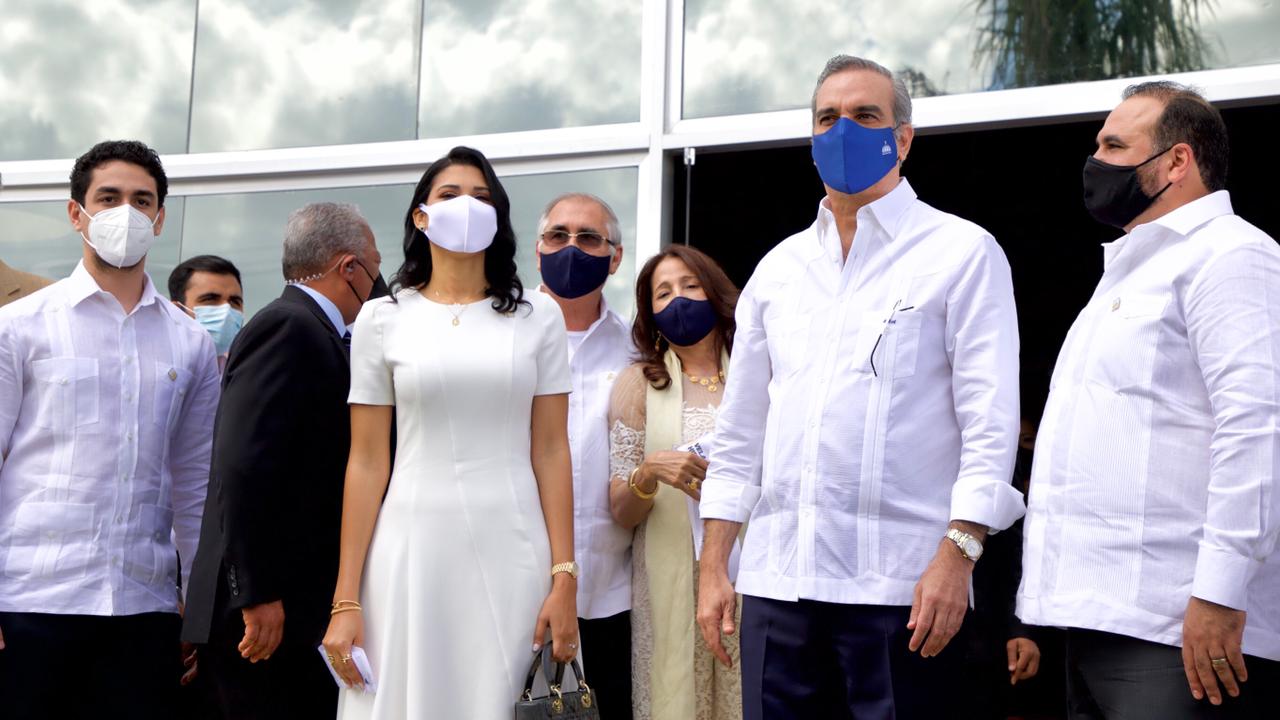 President Luis Abinader defined this morning the creation of jobs as the main objective of the Government during the inauguration of the Hispaniola Industrial Free Zone in the municipality of Guerra, where the facilities of Velas Hispaniolas are located.

Abinader valued the start-up of the park, saying that “an inauguration like this is the objective of our government, the creation of new jobs.”
He emphasized the legal security offered by the country. He reiterated the Government’s support for these initiatives saying that “any investor who wants to create more jobs, we will support him.”

The governor recognized the work of the thousands of employees who work in the free zone sector. He highlighted their dedication: “every time I go and see Dominicans working and earning their salary efficiently and honestly, it makes me very happy.”

He indicated that the expansion of Velas Hispaniola would add 700 new jobs, for a total of 1,500 jobs in the industrial park.
Guerra’s free trade zone can generate up to 15,000 new jobs in the coming years, and the factory’s production is 1.3 million candles per day, which are exported to more than 40 destinations, including the United States, the Caribbean, Central, and South America, Australia and Europe.

The group that leads the Hispaniola Industrial Free Zone with Haitian capital has invested more than 5,500 million pesos in an initial area of 315,000 square feet, which have been built to house the new facilities of the company Velas Hispaniola.

The Minister of Industry and Commerce, Victor-Ito-Bisonó, highlighted that the free zones have been registering record export figures for five consecutive months despite the COVID-19 pandemic.

He explained that in the second half of 2020, free zone exports registered a 4.4% growth compared to the same period in 2019.
The official affirmed, “A growth that does not demand vaccines, a growth that proves beyond any reasonable doubt that free zones have a resilience capacity superior to any other sector of our economy.”

Bisonó said that the growth of exports “shows the confidence that national and foreign investors have in the country.”

The Minister of Industry and Commerce, Victor-Ito-Bisonó, highlighted that the free trade zones have been registering record export figures for five consecutive months despite the COVID-19 pandemic.

For his part, Arturo Peguero, director of the Hispaniola Free Zone Park, assured that the infrastructure is at 95% development.
“We hope that in a few months, the park will be finished, and then we will start the marketing and promotion work with the support we have found in this Government,” said Peguero.

For his part, Errol Bulos, director of operations of Velas Hispaniola, thanked the warmth of the Dominicans for their welcome and the support he has received from the government of President Abinader. “The development and success of this venture have been based on the confidence offered by the country and its free zone model to foreign investments,” said Bulos.

DR is the second-largest exporter of candles from LA.

Velas Hispaniola began operations in the country in 2003 and is part of a variety of new investments that have been announced in the sector in recent weeks. With the expansion of the new Hispaniola Industrial Free Zone Industrial Park, which houses the Velas Hispaniola facilities, the plant becomes the largest in Latin America.

With the production of Velas Hispaniola, the Dominican Republic has become the second-largest exporter of candles from Latin America to the world.