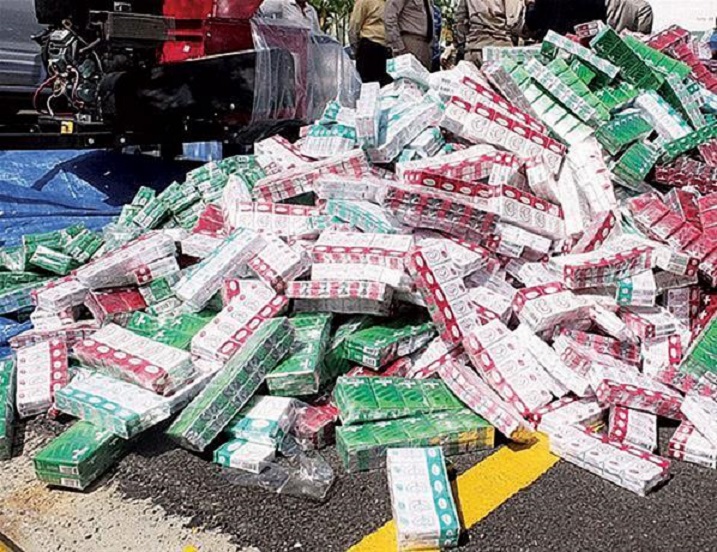 The Ministry of the Interior and Police (MIP) reported that some 300 grocery stores were closed for selling contraband cigarettes. They warned that it would intensify actions to confront illicit trade since this scourge, far from diminishing, has increased in recent years.

“From the Ministry of the Interior and Police, we have a special interest in working effectively to reduce the problem of illicit trade to the lowest possible levels,” said the institution through a press document.

The Interior and Police expressed that it has intensified efforts to identify and trace vulnerable points throughout the country in collaboration with the Ministry of Defense.

He reported that the cigarette smuggling business currently reaches 50% of the total sales of this product nationwide, which implies a substantial economic loss for the sector and the State, valued at RD $ 1.5 billion.

The institution has made dozens of arrests of merchants and business owners involved in the sale of illicit products, in compliance with Law 17-19 on the Eradication of Illicit Trade, Contraband and Counterfeiting of Regulated Products, which establishes that direct participation. The indirect or indirect sales and commercialization of illicit products entail fines, closing of businesses and confiscation of illegal products, penalties that can reach two hundred minimum wages, and imprisonment that could run five years.

The Dominican Republic is one of the countries in the region with the highest incidence of product smuggling, which represents a threat to national security, foreign investment, and tax collection.