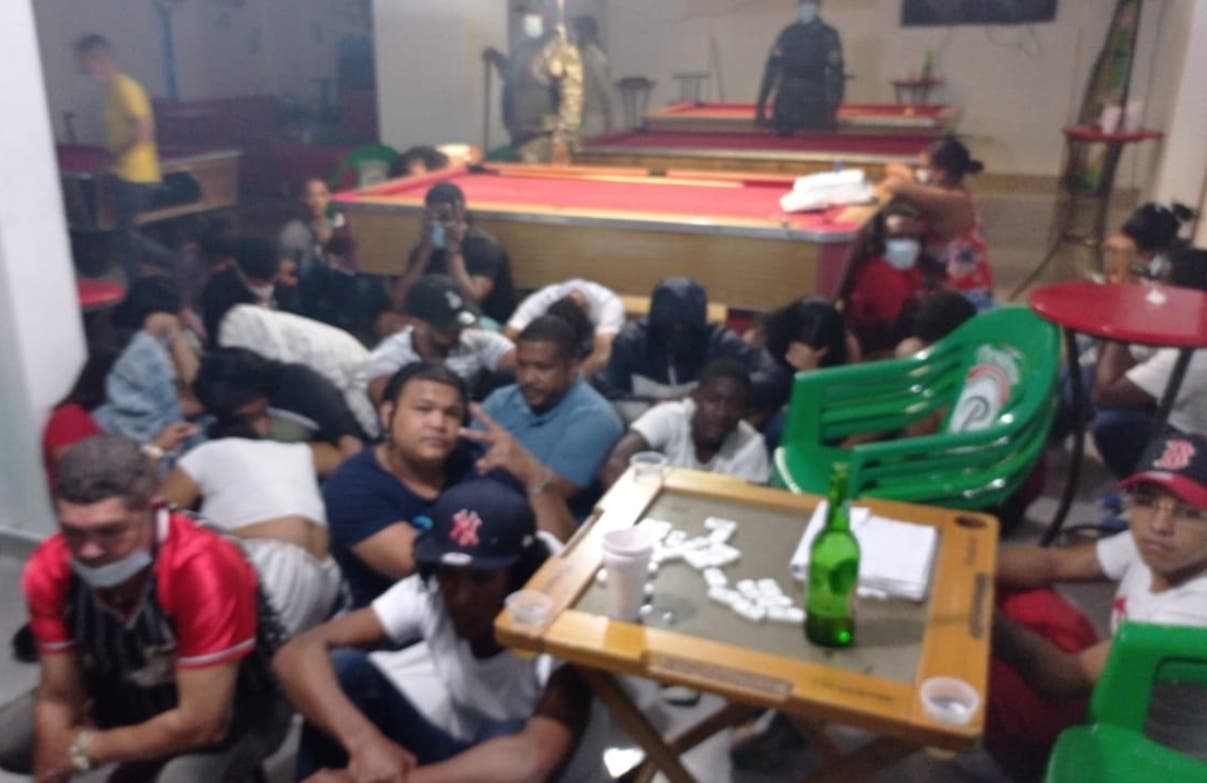 Members of the Santo Domingo Oriental Police Directorate arrested 22 people last night when they intervened in a clandestine party in the Los Tres Brazos sector, the Los Mina sector, and a Villa in Villa Faro after the start of the curfew.

In both actions, the police officers also seized several motorcycles, three vehicles, and a magazine pistol. They looked for several individuals who fled, especially from where the clandestine party was being held.

The first police intervention occurred on Francisco Alberto Caamaño Deñó street, where, in the courtyard of a house, a group of people celebrated a party after curfew. Some of them were arrested, but others escaped.

Later, on José Cabrera Street in Villa Faro, the agents intervened at the El Punto Final pool, where 18 people were arrested.

The billiard was operated behind closed doors after the curfew so as not to attract the authorities’ attention.

Several motorcycles and three vehicles were detained, while the people arrested in both police actions were handed over to the police authorities for the corresponding purposes. Cars and motorcycles are in the hands of Environment Protection.

The operations to enforce the curfew provision issued by the Executive Power are administered by order of the director of the National Police, Major General Edward Sánchez González, and directed by General Máximo Báez Aybar, director of Santo Domingo Oriental.

The Police also reported the arrest last night of Ambiorix Montero when he took a cell phone from a young man in an incident that occurred in the Hainamosa sector of the Santo Domingo Este municipality.

The Police also arrested the owner of the establishment, who will be brought to justice for violating the curfew schedule, imposed as a preventive measure in the face of the covid-19 health crisis.