The use of electric carriages begins today in the Colonial City of Santo Domingo. 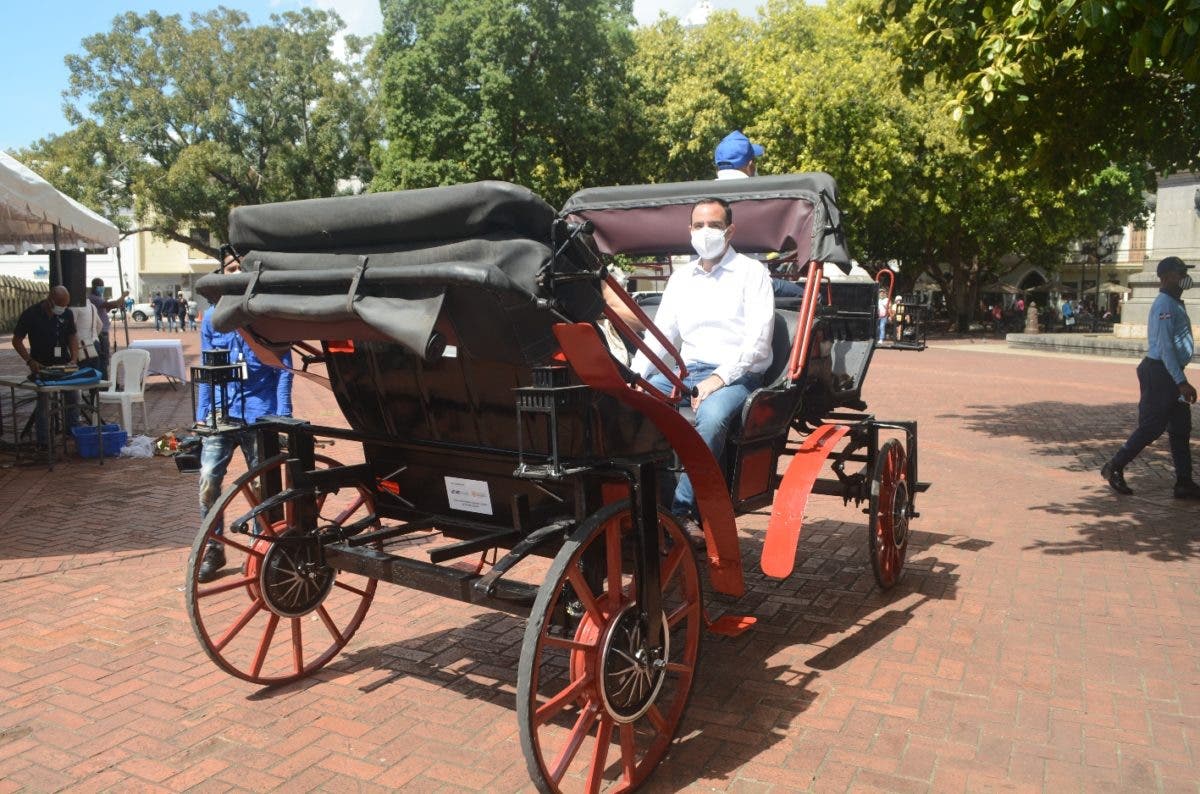 Starting today, five electric cars out of 11 will be offering tours.

An innovative and quality tourist experience in the Colonial City of Santo Domingo means electric motors have replaced the use of horses to pull carriages or tourist cars. Five electric cars of 11 will be offering cultural tourism tours starting today.

This initiative was inaugurated yesterday by the Santo Domingo Tourism Cluster, together with the Mayor’s Office of the National District (ADN) and the Ministries of Tourism, Culture, and Environment.

The president of the Santo Domingo Tourism Cluster, Mónika Infante Henríquez, explained that the project includes 11 electric cars, five are ready, and two are in the workshop to be converted to electric. Yesterday the Ministry of Tourism donated one more car, and sponsorship is being sought for the remaining three.

These cars will be driven by the same drivers who used to drive these carriages with horses, but now they are prohibited by the Animal Protection Law.

Eleven drivers were trained to drive the electric carriages, and it is expected that soon Evergo will install several charging stations in the Colonial City.

The project to transform horse-driven cars into electric cars was developed with the support of IDB Lab, the innovation laboratory of the Inter-American Development Bank (IDB), and the sponsorship of ADN, Banco Popular Dominicano Grupo Rizek, the Ministry of Culture and Adrián Tropical.

It also included the revision and definition of tourist routes and prices, the development of a mobile application for tourists and visitors to select routes and make payments electronically, as well as the inclusion of headphones in the cars so that users can learn about the history of the walled city in the language of their choice.

Changes for the City
This project improves the precarious conditions in which the horses used to pull the cars. The Animal Protection Law can now be complied with. Also, the jobs and income of the drivers will not be affected since they will drive the electric cars, allowing this activity to be maintained in Colonial City.