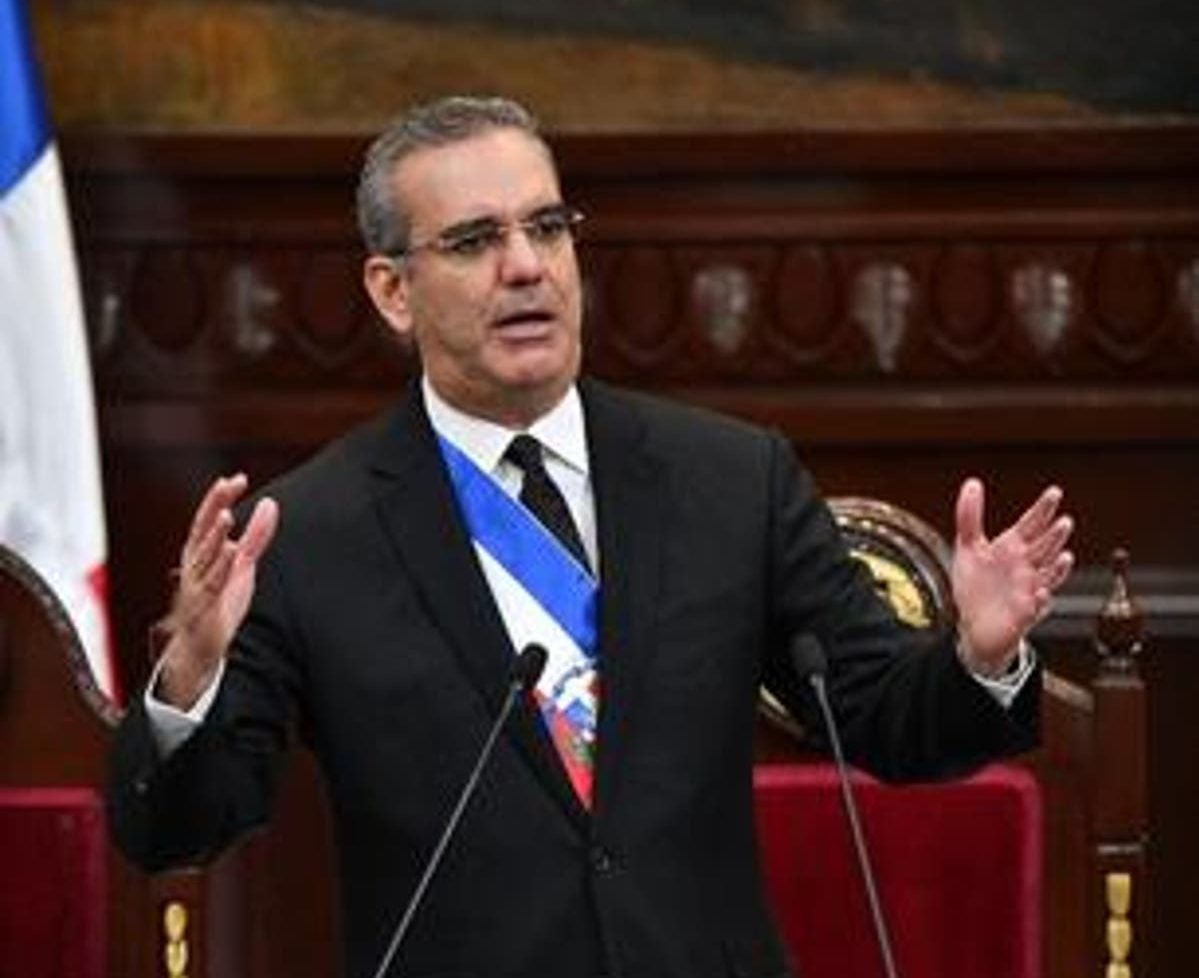 It took just over an hour and a half for President Luis Abinader to officially present his first accountability to the country, where he noted progress on more than ten different issues while taking the opportunity to announce new plans for the future.

In a ceremony that was held “in peace,” after defusing on Friday the bomb that appeared to be the “unprecedented” demonstration planned by deputy Pedro Botello and the movement that demands the release of 30 percent of the pension funds for workers, Abinader gave a speech with practically no mistakes in diction and with frequent applause from almost the entire public present in the National Assembly.

That exception, which was limited to not applauding, were the members of the Dominican Liberation Party (PLD), at the head of its two legislative spokesmen, who minutes after the ceremony ended, pronounced a fierce criticism against what Abinader said, alleging that it was “a half year of broken promises.”

Regardless of this, Abinader dealt with various points, of which five can be highlighted, which, although they were not the most abundant, were the most applauded and commented on.

Perhaps the topic of most significant interest in the Dominican (and the world) today is the advancement of the vaccination of the population against COVID-19. However, given the demand for these health supplies, no country can still inoculate its entire population.

Given the delays of the pharmaceutical companies AstraZeneca and Pfizer, which are estimated to have 18 million contracted vaccines for the country, Abinader announced eight million more from Sinovac.

This vaccine developed in China would arrive in two shipments, one of four million in April and another of the same amount in May, vaccines that would allow, according to Abinader, that by the end of June, “we have 80 percent of the Dominican population vaccinated.”

The vaccination plan is underway, and according to the president, “it is one of the most ambitious in Latin America.”

The country has already received 50 thousand doses from India, AstraZeneca formula, and in the coming days, 90 thousand more will arrive. Last Tuesday, February 23, 768,000 vaccines came from Sinovac laboratories in China.

So far, these vaccines have been placed at the first line of health care personnel for COVID-19 and will continue to vaccinate the rest of the health personnel. At the same time, they will begin to give vaccines to pre-school and primary level teachers to make way upon return to the students’ classrooms.

The pandemic forced schools to close and redirect education through other avenues. Between virtual classes and through traditional means, such as television or radio, the Ministry of Education has been educating thousands of children.

In his accountability speech, Abinader said that more than 100,000 teachers at all levels had been trained in the use of technology applied to distance education for this entire process.

Also, he said that so far, they have distributed more than 64,055 devices to teachers, and 118,992 computers for students, hoping that “in the next few days,” more will arrive in the country to “end the unacceptable digital divide” among students.

In the same way, he announced that next week the Ministry of Education would present the schedule for the gradual, voluntary return and with family consent to the presence in schools.

In that sense, he recalled that all the teaching staff had been included in one of the first phases in the vaccination protocol to favor the beginning of the presence of the classes.

Beyond the fact that Abinader did not refer to the recent events that occurred in the neighboring country, he did remember that during the first months of his government, they signed an agreement to support the identification of Haitians with documents from their country are in the Dominican territory.

In addition to international collaboration for the construction of maternity hospitals on the Haitian border to serve women in dignified conditions, avoiding saturation of Dominican services.

Regarding plans, Abinader announced that he would strengthen border security with the construction of the dividing line between the two countries. The National Defense and Security Council will address the implementation of comprehensive border protection.

This would construct a double perimeter fence in more conflictive sections of the border, with movement sensors, facial recognition cameras, radars, and infrared ray systems.

On social networks, various users celebrated the decision, among which the former candidate for Senator of the National District Vinicio Castillo stands out.

A situation that “bleeds the state coffers” is the shadow toll of the Northeast Highway, to which Abinader made a brief but marked reference.

As he explained, the State has been obliged to pay 26.835 million pesos to date as part of the minimum income that the concessionaire must guarantee. This year they commented that they demand the payment of seven billion pesos for this concept.

“Just for reference, this represents almost double its original cost, and if we followed this modality, upon completion, we would have paid almost six times its true value. This is simply unacceptable,” said Abinader.

And although he did not provide a precise solution, the president said that they would “put a solution to this” and study the legal way to do so.

The shadow toll caused so much commotion both inside Congress and outside since it was a trend on the social network Twitter above any other topic pronounced by the president.

The fuel price has increased in at least 16 weeks during the government, and Abinader justified this from increasing oil prices.

“From August 16 to date, the price of oil has increased by more than 45%, because for our arrival at the government it was quoted at 42.34 dollars a barrel, and in February it reached 63 dollars a barrel,” he said. Abinader.

According to the president, the government “to alleviate these increases” has assumed 967 million pesos costs and announced a legislative initiative to review the fuel cost structure.

“It is time to announce to the Dominican people that in the coming weeks, we will be introducing a bill for the revision of the hydrocarbons law 112 – 00 to review the cost structure and what is related to the current setting of fuel prices.” Commented the president.

The announcement of the introduction of a bill to regulate fuel prices caused the euphoria of those present and hundreds of comments on social networks in favor of it; after this Friday, fuel prices increased by an average of nine pesos.