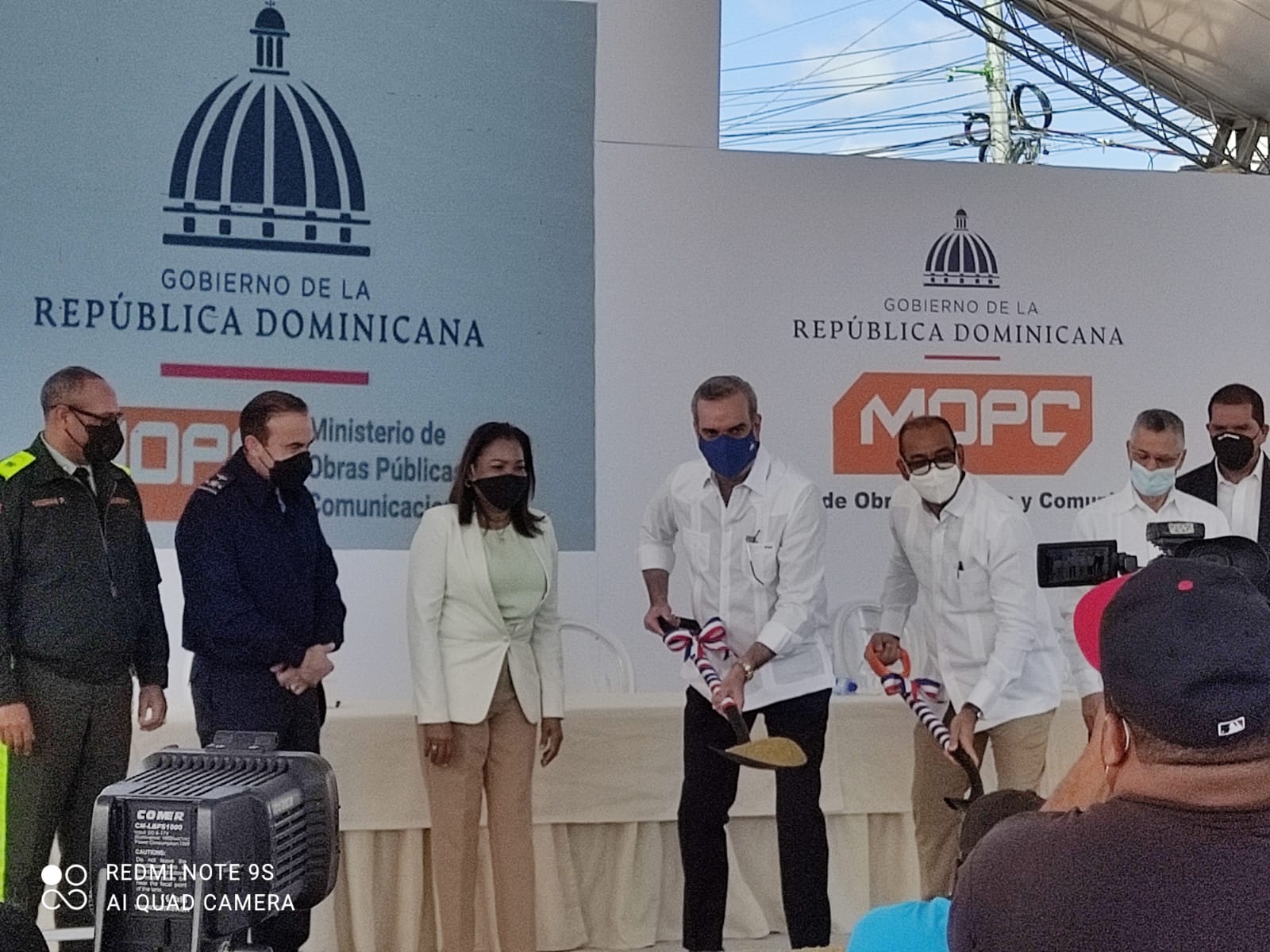 It will have a cost of more than RD$800M

Santo Domingo – President Luis Abinader led the groundbreaking ceremony for the expansion of the highway to San Isidro (Coronel Rafael Tomás Fernández Domínguez Avenue) on Thursday. It is a project that will cost more than 800 million pesos and which will contribute to the solution of the traffic chaos in this area of the municipality of Santo Domingo East.

The president, together with the Minister of Public Works, Deligne Ascención, broke ground for the start of the work to widen the road, from Charles de Gaulle Avenue to the base area of San Isidro, Santo Domingo East municipality.

The project includes constructing two new lanes to increase the road capacity from two to four lanes in each direction of traffic and 5.13 km of an additional lane for turning at intersections. This will cover a section of 41.70 meters, made up of two 8.20-meter roadways.
The extension will have a two-meter central island separator, lane width of 3.50 meters, a 1.50-meter sidewalk on both sides for pedestrians, 0.55-meter curbs, 0.45-meter planter, and a 0.80-meter green strip on both sides.

The four lanes of the road will be equipped with signaling and channeling elements, following the characteristics of the existing section and the technical regulations in force in the country.