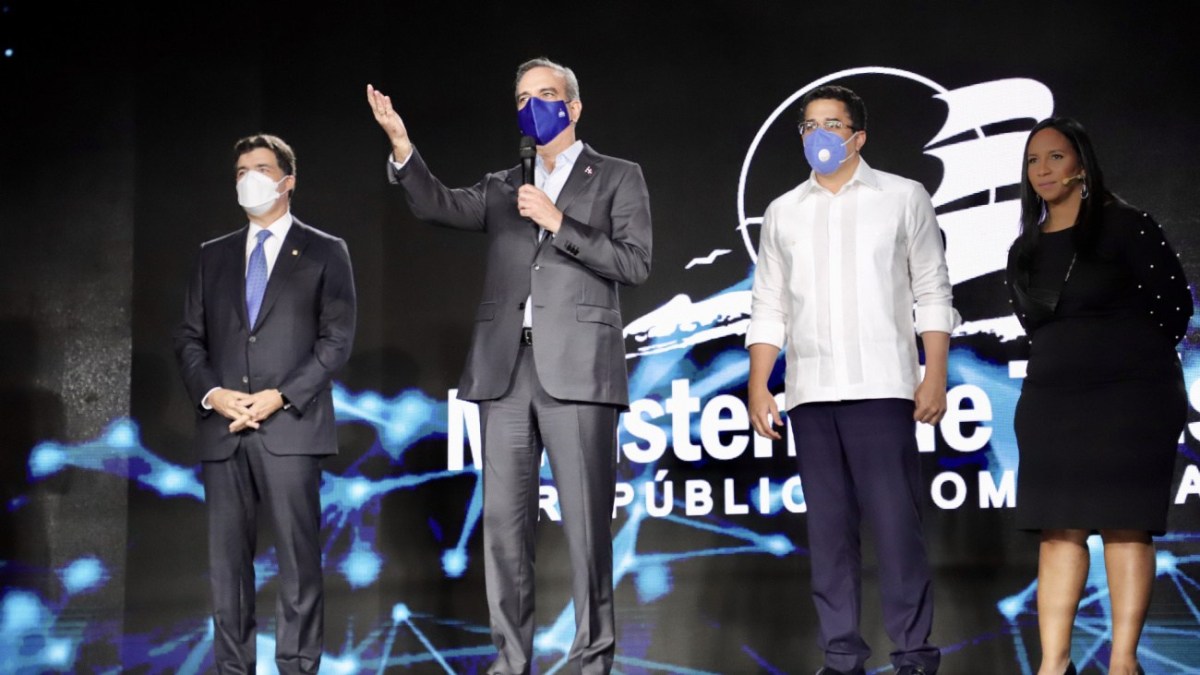 President Luis Abinader, accompanied by the Minister of Tourism, David Collado, yesterday led the launching ceremony of several platforms, with new tools for digitalizing tourism procedures, as an integral part of the Government’s transparency strategy.

During the event, the CONFOTUR Online and Licenses Online platforms were launched, with which tourism companies will be able to apply for their CONFOTUR classifications and their operating licenses directly on the institution’s website from the comfort of their offices and homes.

Collado announced that he had signed resolutions to eliminate documents in the license application process as part of the Zero Bureaucracy strategy. For example, in hotel licenses, the number of requirements was reduced from 16 to 11.

Also, the ministry introduced the concept of temporary license to provide flexibility to the user that during the year 2021 and after the effects of COVID-19, they can strengthen their files without having to be in the informality. Also, during the period, dispensations will be made on arrears and arrears of expired licenses. The minister also announced the reduction of the fee by 50%.

“All this to give flexibility, in a year of crisis, to all establishments to start their formalization processes and access to all the initiatives that the ministry makes for the formal ones. But at the same time, we will be reinforcing measures against informality. We want equity for all,” were the words of Minister Collado.

President Abinader expressed that today marks six months since he announced the Zero Bureaucracy program’s launching, which aims to promote the efficiency of public administration through clear and transparent regulatory frameworks that allow the simplification of procedures and services the improvement of the reality of regulations.

“Today, we are beginning to see the first fruits in this direction. The platform presented today by the Ministry of Tourism shows that vision of innovation that we always seek as a commitment to transparency and a focus on improving public services,” stated President Abinader, at the activity that took place at the Ambassador Hotel, where the implementation of the Single Tourism Registry was announced in parallel.

In the activity, a complete platform of solutions and intelligence was shown. As part of these, the APP Occupancy was unveiled, a platform where hotels throughout the country daily inform Tourism of their hotel availability and occupancy levels. At the same time, they can be compared with their region. “This tool allows us to measure the effectiveness of initiatives and the timely performance of the sector,” said Collado.