Agreement signed for the export of pineapples to Europe 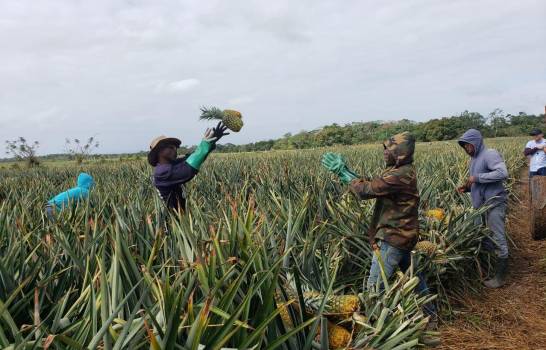 The Association of Pineapple Producers of Monte Plata (Asopropimopla) signed a technical and economic cooperation agreement with the companies Nicofrutta (Italy) and Nicoverde (Costa Rica) to promote the joint marketing of 80% of the pineapple from the first entity and directed to the European market.

The pineapple will be exported by sea by Asopropimopla, and Nicofrutta will carry out the representation to supermarket chains and other customers in the European market.

The actions between the companies and the association are also part of a series of measures aimed at the economic reactivation of the association post-COVID-19. They will improve the quality of life and the socio-economic situation of small and medium pineapple producers.

The producers will also receive technical assistance from Nicoverde experts for the production of pineapples with organic inputs and products, the inclusion of biodiversity criteria in production, and the beginning of a transition process towards sustainable and environmentally responsible crops.

The support will also include the technification of production processes and ensuring the quality of the product for export to international markets.

According to the association, this achievement means the generation of new jobs in Monte Plata, contributing to the economic and social growth of agricultural producers and representing a milestone in the development of the Dominican pineapple sector.

The signing of this agreement was held in San José, Costa Rica, and was attended by Luciano Nicolis, president of Nicofrutta; Jorge Sánchez, general manager of Nicoverde; Joelín Santos Contreras, president of Asopropimopla; and Svenja Paulino, director of the Field to Plate Program of the German Development Cooperation, GIZ, as a witness of honor.

GIZ accompanied the signing of this agreement within the framework of the support provided to the association to develop actions to improve production, the use of by-products generated from pineapple, and the implementation of production processes responsible for biodiversity.