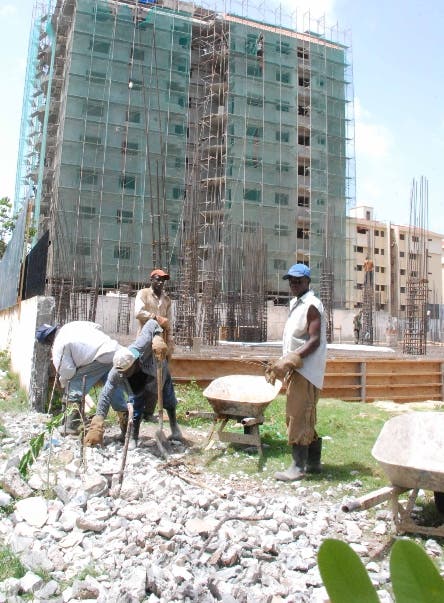 Almost 90 percent of Haitian workers who work in the construction sector develop that trade without any security equipment for displacing Creole labor in the Dominican Republic during a construction site of the 16-apartment Le Meridien Tower on La Silba de Maria del Naco street in Santo Domingo, Dominican Republic. May 9, 2008. Photo Pedro Sosa

The Ministry of Labor (MT) will present a project with which it seeks to comply with the percentages of national and foreign workers in construction works and other sectors of the country, as established in article 135 of the Labor Code.

This was stated yesterday by Julián Mateo, Vice Minister of Labor, who added that it would be sought that in the construction sector, 80% of the workers are nationals and 20% are foreign labor, which will comply with the Dominicanization plan of the hand of work announced by President Luis Abinader in his first rendering of accounts.

“This will not only be in the construction sector, but also in the agricultural sector, especially in banana production. This is important,” he said.

He informed that in the Pedernales tourism development project, the appropriate measures are already being taken to comply with article 135.

Mateo pointed out that in the investigations they did for the project, they found that some of the reasons why there is so much Haitian labor in construction are low wages, but he assured that the ministry aims to improve pay.