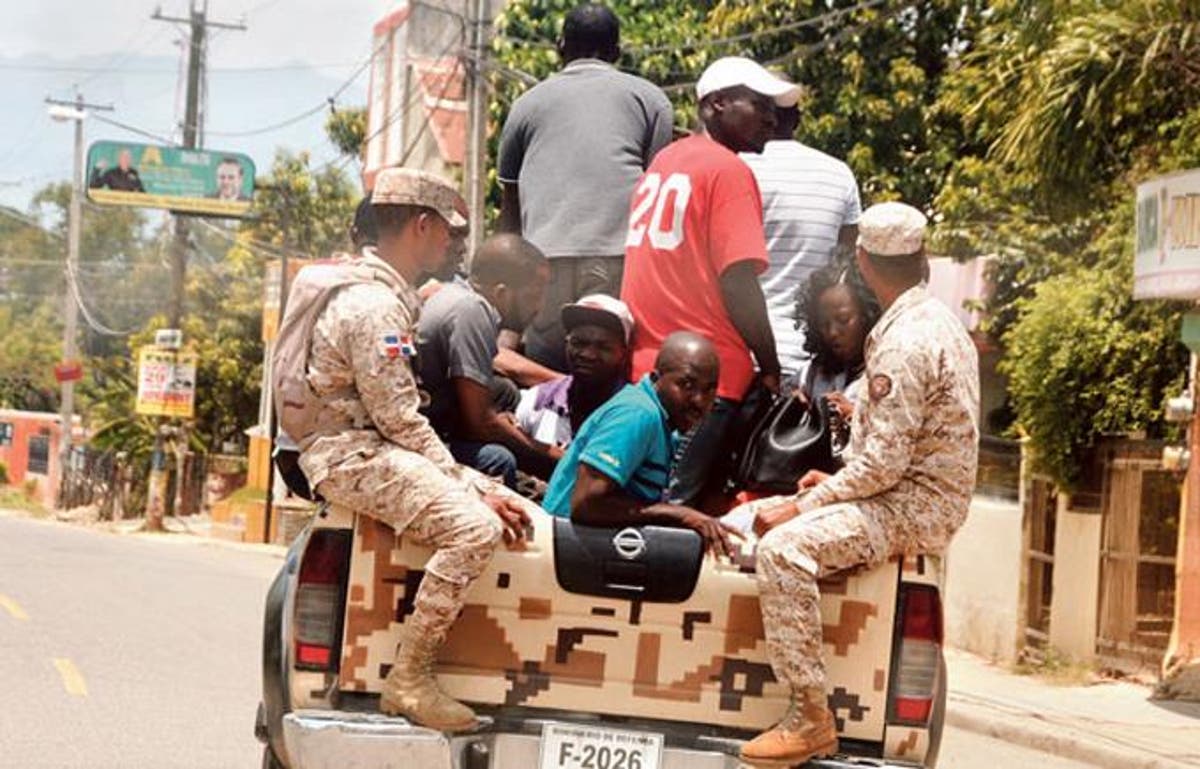 The Director-General of Migration, Enrique García Vargas, declared yesterday that this year at least 200 thousand undocumented Haitians have been repatriated to their country after being arrested by members of the Army and the Specialized Corps in Land Border Security (Cesfront ) in coordination with inspectors from that agency.

“Migration, supported by the Armed Forces, we have managed to return more than 200 thousand foreigners. On the Minister of Defense’s instructions, preventive measures are maintained at the border, together with Cesfront and the Army,” he commented.

The Director of Migration, together with the head of Cesfront, General José Manuel Durán Infante, and other military commanders, toured the northern border of Dajabón and South of Jimaní, Pedernales and in turn, inspected the work of the soldiers stationed in the area.

Arrests of Haitians
Many of the Haitians were arrested when they tried to cross the border clandestinely. Still, others have been located in Santiago, Mao, Puerto Plata, La Vega, Monseñor Nouel, Los Alcarrizos, Santo Domingo Norte, Este, National District, and other Dominican towns.

In this regard, the Cesfront director, General Durán Infante, stated that on the instructions of the Minister of Defense, Lieutenant General Carlos Luciano Díaz Morfa; The Army Chief, Major General Julio Ernesto Florián Pérez, following orders from President Luis Abinader, has been increasingly strengthening military security at the border.

The pilgrimage
From the capital Port-au-Prince, and the cities of Gonaives, Trou Du Nord, Millot, Delma, Lemnade, Cap Haitien, and other Haitian communities, hundreds of Haitians undertake pilgrimages every day on foot to various points of the border with the Dominican Republic, said representatives of human rights organizations from the neighboring country.

George Bonnet, director of Civil Protection of Northeast Haiti, proclaimed to local journalists that what is happening in his country is grave.

Bonnet revealed that kidnappings for ransom and debt payments are common in Haiti.

“In Haiti, there is no security for anyone and nothing, for whatever reason, they kidnap you, and that is encouraging many of my compatriots to take refuge in Dominican territory,” the Haitian activist denounced.

Likewise, the activist acknowledged that years ago, it was easier for Haitians to enter the Dominican Republic “because now many guards are patrolling the border.”

Many of the Haitians arrested by the Army of the Dominican Republic and the Cesfront for repatriation purposes carry packages in which they carry clothes, water, bread, sweets, vitamins, even sheets because due to the extensive surveillance and strict controls established in military posts, they prefer to walk through the mountains to Santiago and other destinations, a Dominican military source told Listín Diario.

However, he explained that the bush journey is frustrating because the military also combs these places and frequently arrest undocumented Haitians who try to reach their destinations using forested areas.

Chaos and violence
In recent months in Haiti, there have been outbreaks of violent political protests in its streets, and chaos has seized the territory of the poorest country in America. At the same time, the opposition demands that the president, Jovenel Moise, resign.

But the president has affirmed that he will remain in power until February 7, 2022, and that opponents have plotted a coup, even though the opposition considers that his term is over.

Moise has also maintained that he will keep the electoral calendar that he has planned for this year.