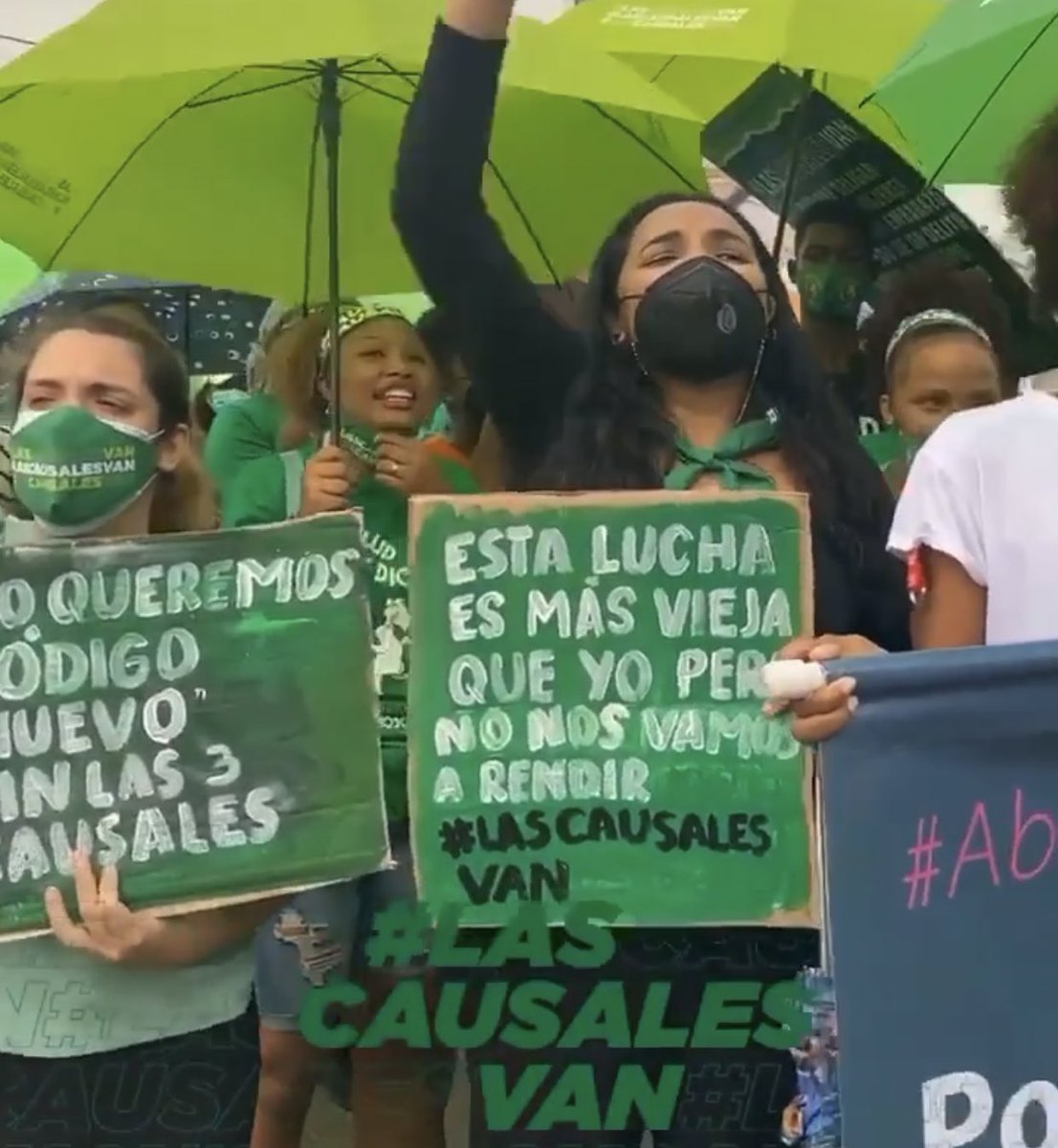 Kirssy Santana, on behalf of the women’s collective that spent the night in front of the Palace, demanded that the president make a public commitment that he will not accept a penal code without the three grounds.

“We are not going to move from here until President Luis Abinader expresses a public commitment that he will not accept a penal code that arrives at the Palace without the three grounds; he is going to observe it, it is going to be vetoed. We are tired of our rights being used as a bargaining chip to negotiate,” she said.

The justice commission of the Chamber of Deputies approved the report on the Penal Code bill without the three grounds for abortion, as had been suggested by the president of the lower chamber, Alfredo Pacheco.

Pacheco intends that the exceptions to decriminalize abortion be known in a special law outside the discussion of the Penal Code.

President Luis Abinader expressed his support for the interruption of pregnancy during an interview he gave to the newspaper El Pais. The Revolutionary Party also did so but did not demand its congressmen to vote in favor of this initiative.

The demand. The organizations demand that abortion be included in the Penal Code “when the life of the woman is in danger if there is in the fetus a malformation incompatible with life and in case the pregnancy is the result of rape or incest.”

They set up camp.