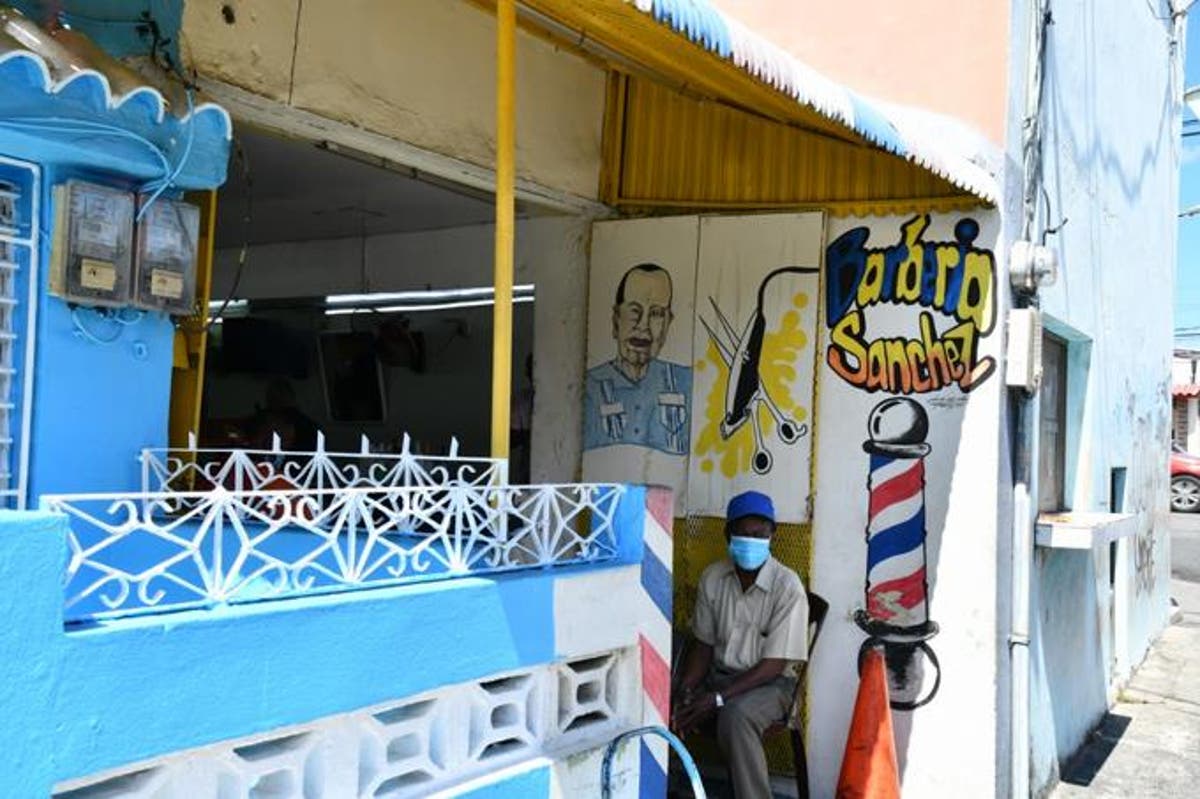 FOR TWO COMMUNITIES IN THE NATIONAL DISTRICT THIS PHRASE IS ESPECIALLY TRUE: VILLA MARÍA AND ENSANCHE ESPAILLAT.

For many Dominicans, muggings have become an everyday part of their lives. In several neighborhoods of the country, people hear accounts of how criminals stripped a neighbor of their belongings, if not themselves being the victims of crime.

However, this phrase is especially true for two communities in the National District: Villa María and Ensanche Espaillat.

This was confirmed during a visit by journalists from Listin Diario last Saturday to both localities, where residents shared stories of recent robberies.

One of the stories occurred in Villa María that same day, a few hours before noon. Magaly was on her way home when a man aboard a motorcycle suddenly snatched her purse in broad daylight and front of dozens of witnesses.

“Magaly was standing on the corner, waiting to cross the street. The guy was riding a motorcycle, and he got close to her. Then the guy accelerated a couple of times, and in less than a second, he mugged her,” described one of the witnesses.

According to Ramón de Jesús Torres, this modality is usual in the area that lives in this neighborhood.

Torres assured that the great majority of the assaults he has seen or has been told about have this common denominator: the perpetrator travels on a motorcycle. However, he affirmed that the victim is rarely a resident of the area but tends to target those who do not live there.

Another type of theft, vehicle batteries, has become popular in Villa María.

The situation has reached the point that local car owners have found it necessary to reinforce the security of their batteries by putting them under lock and padlock in a kind of steel cage.

And, in case they cannot afford this security measure, they choose to wake up at dawn watching their car or pickup truck from their homes, taking turns with family members to be able to sleep the hours they need.

“I have been up at dawn (keeping watch), yes. With my machete in my hand just in case,” said one of the residents, who did not want to be identified.

Others, like Carlos, opt to make a fuss, shouting from their house or otherwise making noise, to scare off the criminal while at the same time alerting their neighbors to the presence of the criminal.

On Tuesday of this week, a barbershop, located at the intersection of Federico Bermudez and Padre Castellanos streets in Villa Maria, was the scene of a robbery with a firearm.

“They came by surprise and pointed a gun at us. I was hit in the shoulder, and another colleague was shot, which went from side to side. Thank God no organs were in danger,” said Jorge Luis Díaz, one of the victims, who added that they only took his identification documents.

He also said that due to the rapid nature of the crime, the assailants did not have time to take the barbershop’s money or other valuables.

As in Villa María, residents of Ensanche Espaillat also repeatedly denounced the low level of police patrolling and a high rate of assaults.

“Here, no one can even sit in front of their house to catch a breeze,” a local lady named Altagracia Veloz exclaimed angrily.

She explained that robberies “are the order of the day,” proceeding to tell how some delinquents approached her and her sister in front of their home, carrying weapons “bigger than those carried by the police.”

Veloz assured that the young men approached them with the intention of robbing them of their cell phones, but when they realized that the ladies did not have them, they continued on their way, leaving them physically unharmed, but quite uneasy.