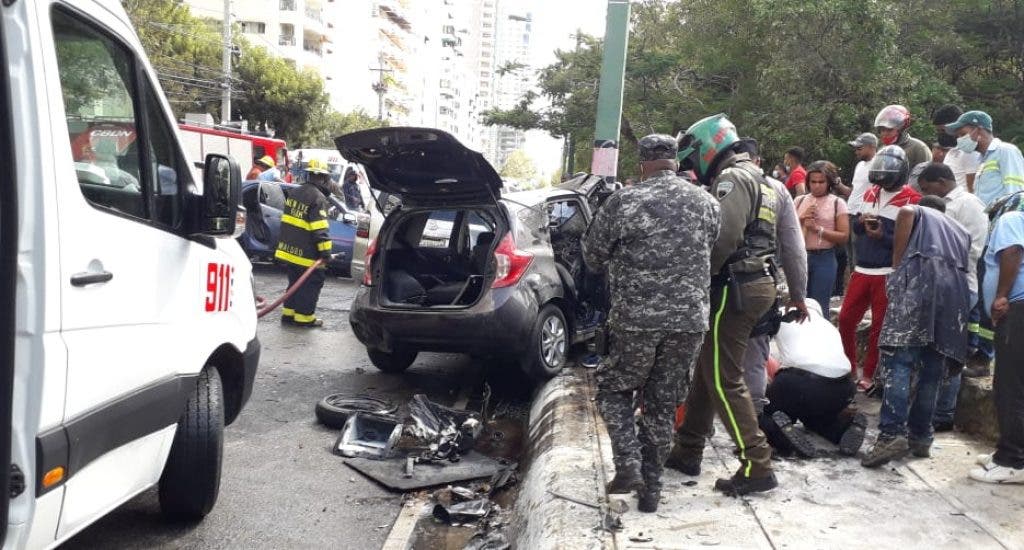 Santo Domingo.- Four people dead and three hurt is the result of an accident that occurred this Tuesday on Anacaona Av., Los Cacicazgos, National District.

The information was offered by the National Emergency Attention System 9-1-1, which indicated that in the pileup four vehicles collided.

At nearly 6 kilometers of mostly straightaway, the 4-lane Anacaona Av. counts on just one traffic light, which often sees high speeds and wrecks in the capital’s most upscale district.