Arrival of one million vaccines against COVID-19 from China 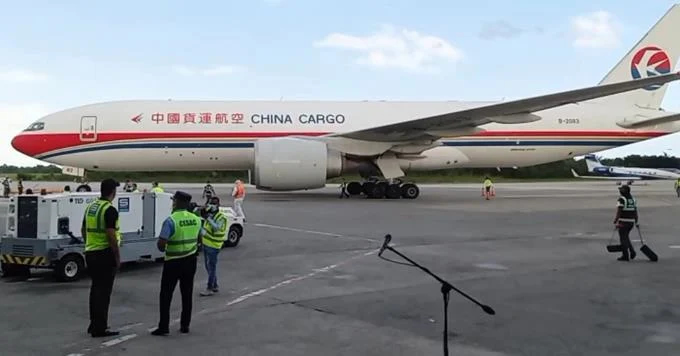 The plane was received by a delegation of officials from the Health Cabinet, led by the vice president, Raquel Peña.

With the arrival of this shipment, the National Vaccination Plan will be reactivated, which a month and two days after it began, has 675,000 inoculated people.

The vaccines will be transported by four heavily guarded trucks to the headquarters of the Expanded Program on Immunization (PAI – Programa Ampliado de Inmunización ), in Santo Domingo.

One million of these vaccines were contracted with the Asian company Sinovac; while the remaining 50 thousand represent a donation from the government of the People’s Republic of China, produced by China National Biotech Group (CNBG), a subsidiary of the state owned Sinopharm.