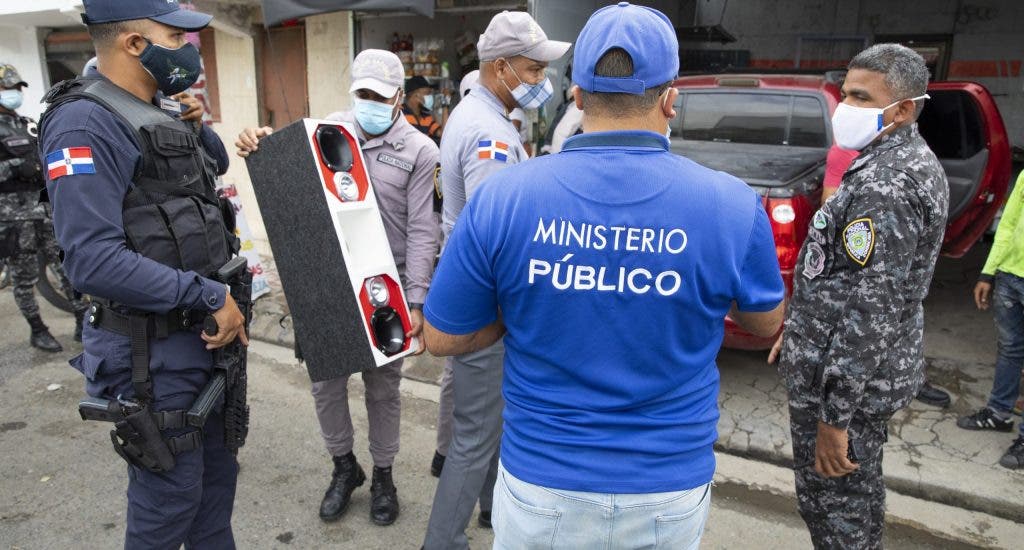 SANTO DOMINGO.-SANTO DOMINGO – The Special Prosecutor for the Defense of the Environment and Natural Resources (PROEDMAREN) reported this Wednesday that it seized dozens of speakers and sound amplification equipment along with other items in a recent operation against noise pollution carried out in various sectors of Greater Santo Domingo.

A press release details that the Proedemaren confiscated 46 drawers with speakers and other sound amplification devices, 28  hookahs, and two slot machines. Also, each of the owners was summoned to appear at the headquarters of this specialized attorney’s office for the corresponding legal purposes.

The action, headed by Judge Francisco Contreras Núñez, head of that entity attached to the Attorney General’s Office, was carried out in compliance with Law 64-00, on the Environment and Natural Resources, and with Law 287- 04, modified by the 90-19, on Prevention, Suppression, and Limitation of Noxious and Annoying Noises that Produce Noise Pollution.

The Proedemaren revealed that the owners and administrators of many of these businesses had been repeating offenders, so the institution will proceed to request court orders for closures, sequestration of equipment, and temporary or permanent closures, as each case merits.

Magistrate Contreras explained that the consequences for recidivism in the violation of the mentioned laws range from three to 30 minimum wages and imprisonment from one to three years. Likewise, it includes the closing of the business permanently or for a period of 30 to 180 days, as the case may be.

He also stressed that the same Law 90-19, in its article 8-2, establishes that any person, group of people, a public or private entity can complain and report the violation of these regulations.