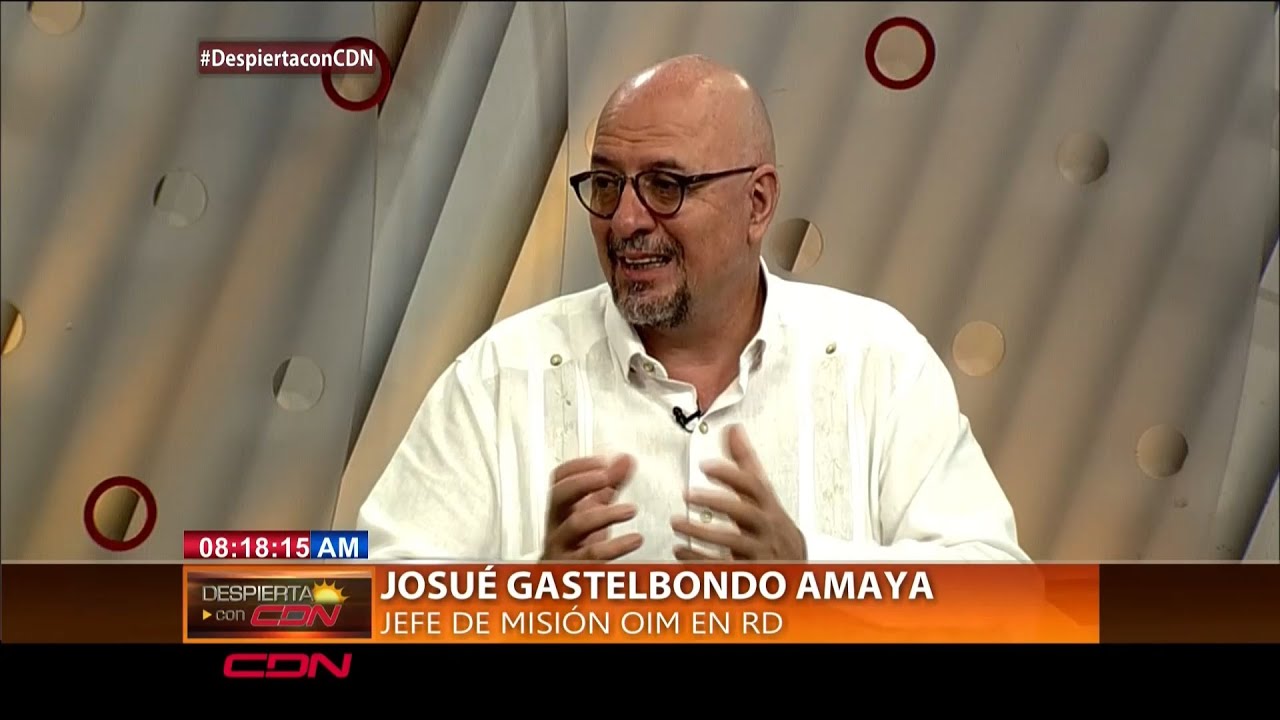 Josué Gastelbondo Amaya, the Head of the Mission of the International Organization for Migration, a body attached to the United Nations (UN).

He welcomed the steps that have been taken regarding immigrants from Venezuela, Haiti, and other countries.

SANTO DOMINGO, Dominican Republic.- The Dominican Republic has adequate legislation to address the phenomenon of migration, both regular and irregular, declared Josué Gastelbondo Amaya, the Chief of Mission of the International Organization for Migration, an attached body of the United Nations (UN).

Gastelbondo Amaya explained that the most appropriate thing for any country is to establish rules based on the laws and to ensure that the program is fulfilled.

He gave an example of the case of Spain, which to supply the need for agricultural workers, it was ordered that the vacancies be offered first to Spanish citizens. If there are still vacancies, European workers are sought, and if, in the end, there is a need for work, then immigrants from other parts of the world are chosen.

He considered that a similar solution could be implemented in the Dominican Republic, which has the laws to do so, which would help control and organize immigration. He welcomed the steps that have been taken regarding immigrants from Venezuela, Haiti, and other countries.

He also explained that the immigration organization makes the documentation of people feasible because a formal job requires documentation, which would lead those looking for work to migrate with their documents.

He said that the present Dominican authorities had shown willingness to organize migration.

Gastelbondo Amaya was interviewed on the Acento TV program A Partir de Ahora.

The program Starting from Now, by Gustavo Olivo Peña, on Acento TV, is broadcast on 38 of Claro, 39 and 439 of Altice, 41 of Star Cable of Santiago de los Caballeros. Hours: 7, 8, and 11 in the morning; 4 and 7 in the afternoon, with repetitions in the early morning schedules and summary of the weekend. It can also be enjoyed on the AcentoTV.do and Acento.com.do portal, in addition to the Acento TV YouTube channel.