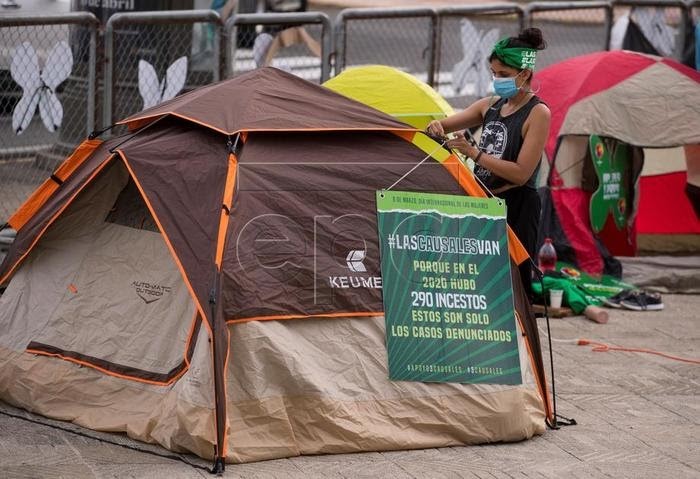 SANTO DOMINGO, DOMINICAN REPUBLIC – For the 6th day, a group of protesters and allies have occupied the outside of The National Palace, the building of the President and Vice President of the Dominican Republic. The group of women, who have been camping outside of the National Palace, are expressing outrage regarding the absolute abortion ban and demanding that abortion laws be reformed to allow the procedure when a woman’s life is in danger, their pregnancy is not viable or in cases of rape or incest.

WHO: Hundreds of protesters and family members are demanding that legislators pass a bill that would modify the Penal Code, eliminating of the absolute criminalization of abortion, and incorporating at least three exceptions:
• When the woman’s life or health is at risk
• When there is a congenital malformation incompatible with life outside the womb
• When the pregnancy is the result of rape or incest

WHAT: Following Argentina’s landmark legislation to legalize abortion– there is growing momentum in the Dominican Republic to eliminate the total abortion ban initiated by the current President Luis Abinader who has publicly declared that he was in favor of the three exceptions as a matter of public health, but has deflected the obligation to do so to Congress.

The Dominican Republic is one of only four countries in Latin America that has a total ban on abortion with no exceptions, including when the life of the mother is at risk, a nonviable pregnancy, or in the case of rape or incest.