Leonel asks Abinader not to forget the expression “People First” 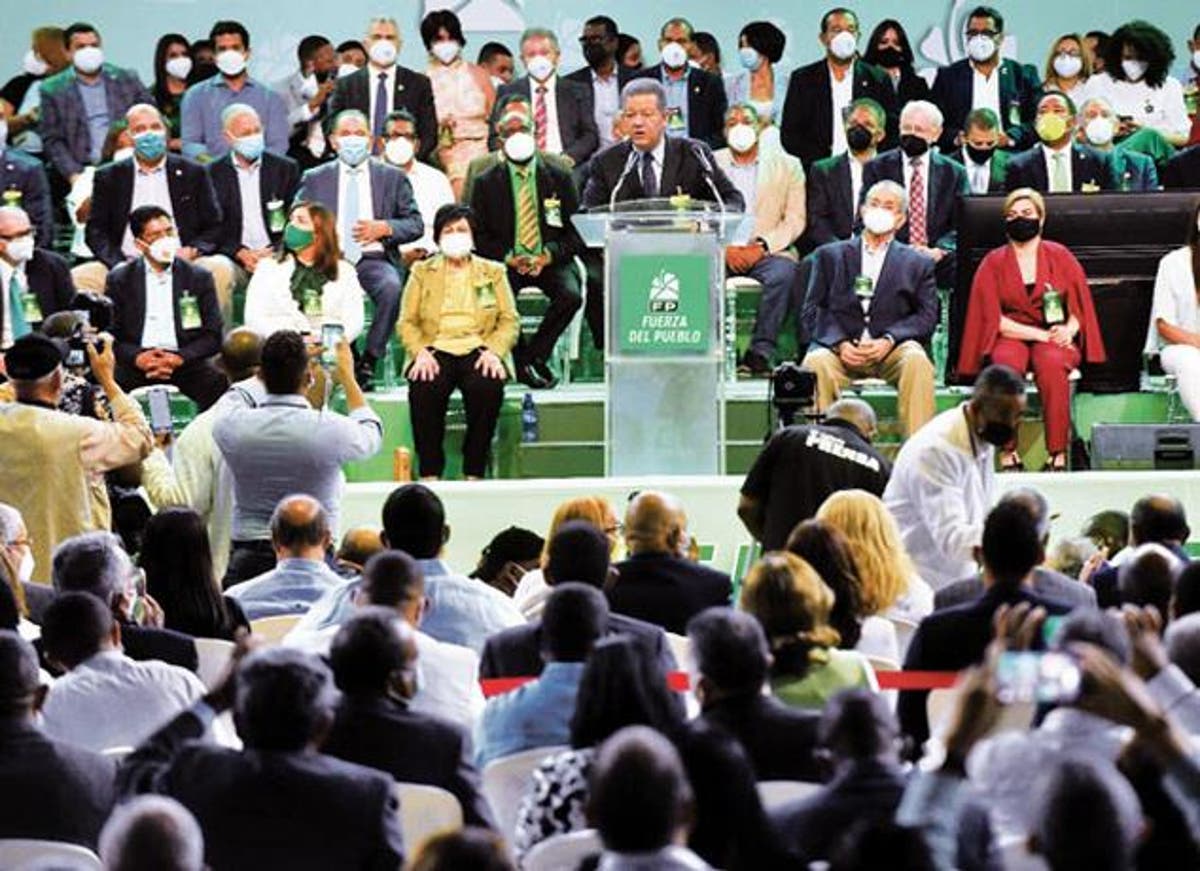 Former President Leonel Fernández spoke in plenary session to close the first congress of the People's Force, at the Palacio de los Deportes in the capital. JORGE CRUZ / RHP

Faced with several complaints made by citizens about the high prices of the products of the basic basket, the president of Fuerza del Pueblo, Leonel Fernández, yesterday asked the President of the Republic, Luis Abinader, to maintain the aid and social programs before the uncertainty and economic regression caused by the impact of the Covid-19 pandemic.

Fernández called on Abinader to remember and apply the expression “First the people” used by the late leader of the Dominican Revolutionary Party (PRD), José Francisco Peña Gómez.

“A call for President Luis Abinader, to remember the saying of José Francisco Peña Gómez ‘people first,’ in these moments of crisis, ‘people first’ and therefore we remind him of one of our government, Eating is First,” expressed Fernández.

The former president of the Republic spoke during the closing plenary session of the first internal congress of Fuerza del Pueblo, called “Congress of the People Professor Juan Bosch,” held at the Palacio de los Deportes “Virgilio Travieso Soto” in the capital.

“Juan Bosch would be proud”

The political leader also exclaimed that Juan Bosch would be proud of the People’s Force and feel ashamed of the “other party.”

“Bosch is from a single party because I do not conceive that Bosch would be from a party that a foreign power had to draw attention to so that they respect the Constitution. I believe that he would be ashamed of a party like that, now I do believe that he would be proud of a party that summoned the Dominican people to demonstrate in front of the National Congress in defense of the Constitution,” Fernández said in his speech.

To the heart of the people
“A government begins when you reach the heart of the people, and that has already happened in the People’s Force, we have reached the hearts of the Dominicans thanks to the presence of a leader such as Leonel Fernández,” exclaimed the former vice president. of the Republic, Rafael Alburquerque, who also spoke at the event.

While the coordinator of the congress, Franklin Almeyda, explained how the process was carried out in 17 thematic tables. “It began with brainstorming at the 17 thematic tables established in October. When the congress formally began, we gave an already formal and academic character to the proposals discussed. In January, the 17 polling stations were voting for the proposal they had to present at this event,” said Almeyda.

Opposition.
The general secretary of the organization, Antonio Florián, said that “from now on” the People’s Force is ready to take to the Dominican streets.