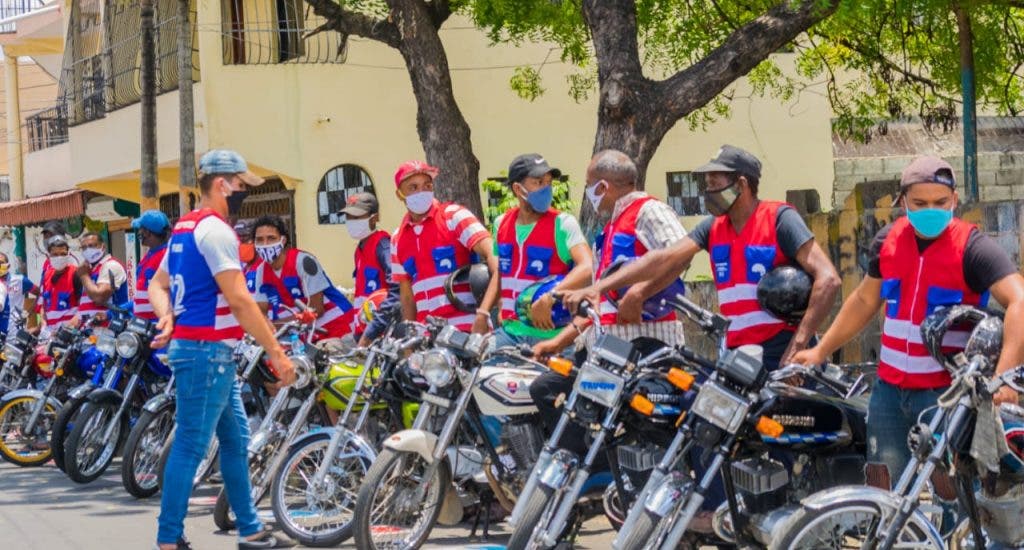 The Government would need more than two million vests to regularize the motorcycle sector in the country, taking into account that the national vehicle fleet has, to date, 2,718,058 vehicles of this type registered with the General Directorate of Internal Taxes (DGII).

The National Security Plan announced on Monday by the Government includes the regularization of motorists using vests to identify them with an individual number.

However, even though there are more motorcycle units than any other type of vehicle between July 2018 and December 2020, the National Institute of Transit and Land Transportation (Intrant) reports having issued only 17,272 motorcyclist licenses out of a total of 335,143 given.

Oscar Almánzar, president of the Federación Nacional de Motoconchistas (Fenamoto), said that the motorcycle sector is diverse and that it includes delivery drivers, messengers, motoconchistas (motorcycle taxis), and people who use this type of vehicle to travel to their work centers, however, the plan is feasible in his opinion.

As of June 1, the Government will put vests with identification numbers for motorcyclists.
The leader of the union valued the Government’s plan as positive. However, he asked the authorities to meet with the motorcyclist sector to present them with a proposal.

While the DGII reported 174,983 new motorcycles in one year (2019), on the other hand, and in the same period, Intrant issued 6,226 motorcyclist licenses.