Authorities made attempts to equip all motorcyclists with vests 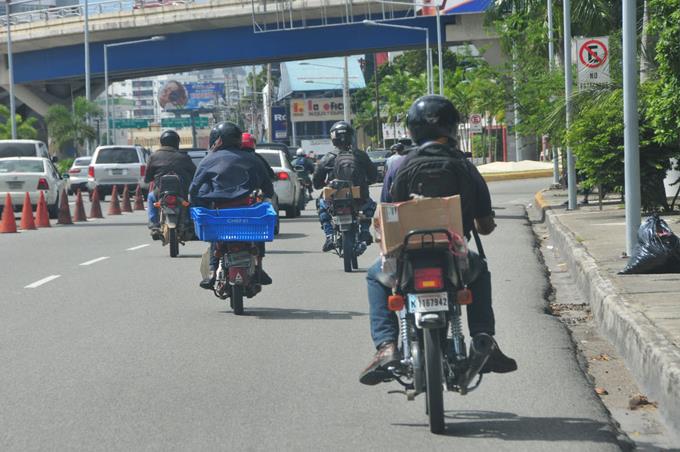 Law 63-17 and resolution 02 16 raised the identification of motorists and failed.

President Luis Abinader announced, as part of his new citizen security plan, to lower the country’s crime rates. As of 1 June this year, all motorcyclists will be identified with individually numbered vests.

The objective is to “reduce” criminal activities committed by these vehicles.

“With this, we intend to reduce the number of those who use motorbikes without a license, and the criminal activities that in many cases are associated with their use,” was the phrase used by the president on one of the primary measures of the first phase of this plan disclosed last Monday.

However, even though the measure was seen as a novelty, several attempts had already been made during Danilo Medina’s administrations for this purpose. They even went so far as to be embodied in resolutions and laws that are still in force.

Resolution 02-16
The first time this figure was embodied in Resolution 02-16 of the then General Directorate of Land Transportation, which established the prohibition for motorcycle drivers to travel with another person on the back unless it is dedicated to passenger transportation.

Through this provision, the agency made a classification of the motorcycles existing in the country. It divided them into three groups: those dedicated to the transportation of passengers (motoconcho), those dedicated to messenger services in public and private companies, and those used by their owners as a means of personal transportation. The measure stipulates that both the driver and the person riding on the back of the motorcycle must wear a protective helmet.

The same article states that efforts will be made with other institutions to implement a system to provide motorcyclists with a refractive vest, duly numbered, which will allow easy identification of these drivers by the authorities.

Another prohibition
The measure “strictly” prohibits drivers of motorcycles dedicated to courier services from carrying another person on the back, either for free or for payment of money.

“Those who use their motorcycles for their transportation also have the same prohibition, with the facility that if they want to transport another person, they must request a permit from the DGTT,” the resolution read. Law 63-17

Another attempt could not be implemented
Resolution 02-16.
This figure was embodied the first time resolution 02-16 of the then General Directorate of Land Transportation, which prohibited motorcycles from traveling with a person on the back and efforts to provide restrictions.

Failure.
The failure of these measures was because neither the Digesett agents nor any other competent authority followed them up, and they were never complied with. This part is critical for President Abinader to comply with what he has ordered.