“Education is not going well in the country” 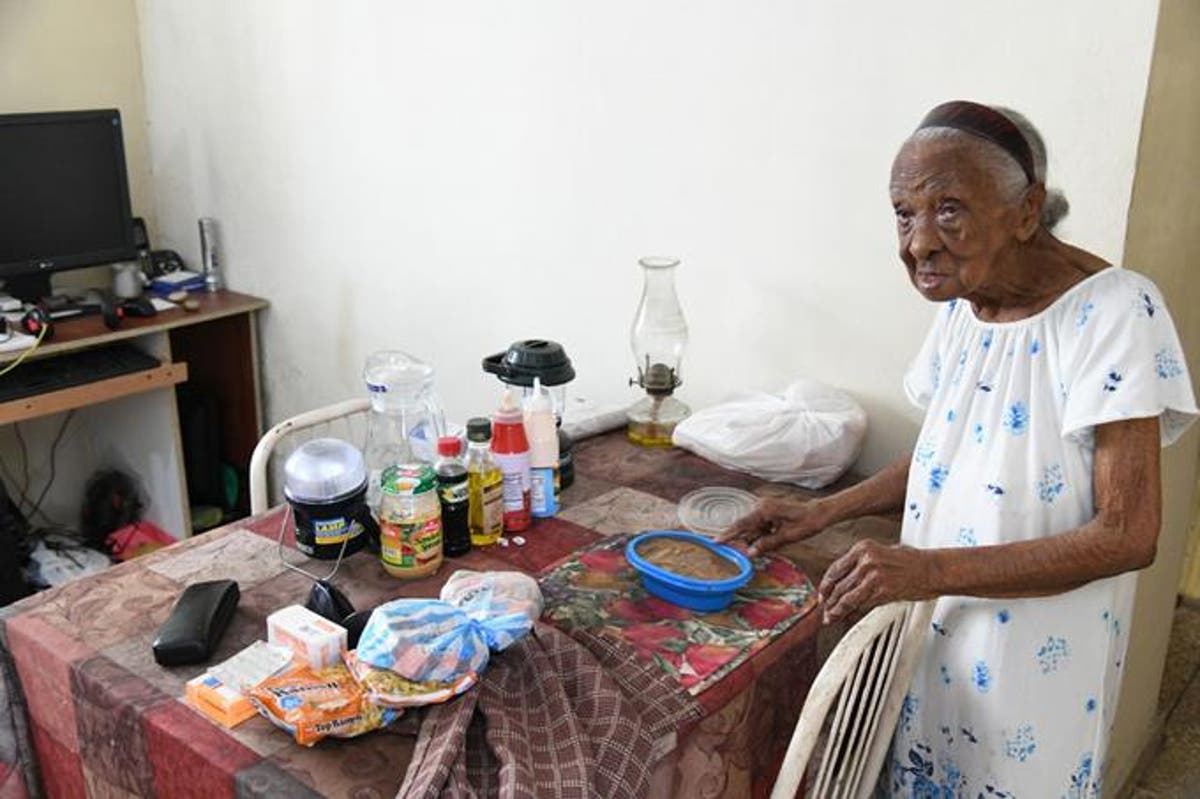 The educator Audilia Pérez Germán loves to watch television and be informed and at 106 years old she speaks with clarity and precision.

She defines herself as an educator loved by all because she was always respectful and never directed an “unpleasant” expression toward anyone.

Although she is 106 years old, Mrs. Audilia Pérez Germán still worries about education and good manners, longing for her youthful days. As a teacher, she guided students to have good training but convinced that she is beginning around the home.

Attentively and with great kindness, she received a Listín Diario team, along with the only child to which she gave birth, in the apartment where they live modestly, which President Joaquín Balaguer gave her in 1993, in the Los Ríos sector of the National District.

She was waiting for the interview sitting on a piece of furniture and with a cane on the right side that she hardly uses. As soon as we entered the apartment, Pérez Germán stood up, saying hello with great encouragement and courtesy.

Without any question, she started by addressing the photographer to praise the color of the pants, demonstrating that she is a woman who takes details into account.

How cute those cream pants are! Was her first expression. Cream is her favorite color. This is the color that the apartment walls and the furniture in the living room are painted.

From the beginning of the interview, Pérez Germán focused on making her qualities known. At the same time that she remembered how her training was and what education was like in her time, she criticized the new generation and the current educational system.

“I had what today it is difficult to find,” she said. After pausing to ask not to be interrupted, she concluded the idea by stating that “today I am surprised, there is no distinction, there is no respect, life is whatever you want, the boys enter the house without saying hello.”

Although Pérez Germán speaks lucidly and precisely, she does not readily recall the number of years she taught or the educational centers where she worked, which allowed the former educator to receive a pension of 8,500 pesos, which now constitutes the only income of Audilia Pérez Germán and her son Domingo Fernández.

What she does retain in her memory is that she was the director of a commercial institute that the dynamic lady founded in Ciudad Nueva, in the National District, where she taught typing and shorthand, which she constantly referred to during the conversation, especially to emphasize the treatment she gave to the students, some of whom waived the payment.

She defined herself as a distinguished and beloved teacher in Ciudad Nueva because of her character and because she did not speak badly to anyone.

She paused briefly to think about what she was going to say and then reported that she was a little forgetful. Returning to the thread of the conversation, the educator emphasized: “the students behaved well because when they went to enter school, they would stop at the door and say hello, because I taught them, if they didn’t, I would scold them.”

“If they didn’t say “hello,” I would return them to the door to say hello,” she stressed. And she immediately questioned that “not now, now from the door they are shouting, they are not saying hello.”

That is why Pérez Germán perceives that education in the country is not going well. “Here, I do not notice that there is education. There is no homeschooling. Ideally, education begins at home,” she said.

Remember that before you had to learn many books and then teach students.

She emphasizes that she comes from an educated and well-educated family.

“Education is the basis of everything,” she says. She lives without luxury, but she believes that she is rich because of her education.

An offense
For Doña Audilia, the way a school principal received her when she was about to start working represented an offense.

“He told me that I had a good body; I told him that his job was not to flatter me but to introduce me as a teacher,” she said. The director fell in love with her, but she reacted annoyed. She pointed out that she had only one boyfriend from her neighborhood, that she married him, and that although she was single at that time because her husband died very young, he shouldn’t be encouraging her to fall in love.

“I had my boyfriend, he was my husband, and here I am, a widow. I have not seen another man,” she commented. Therefore, later she specified that she only had one son, five years old when his father died.

Pérez Germán’s faith in God has allowed her to reach 106 years. As she goes to bed and wakes up each morning, she thanks the Lord for keeping her alive, with expressions such as “Thank you, Jesus, You are with me.”

To be informed
The teacher likes to watch television to be informed of what is happening in the country.

“I don’t go to bed without news,” she emphasized.
Despite being fascinated by watching television, she disapproves of non-face-to-face classes. “I do not notice that the teaching is true by giving it on television. It is personal,” she says.

Cooperation
To her character and her way of behaving, she attributes that now several neighbors protect her and worry about her feeding, bringing her food almost every day.

During the interview, a young woman came to her door to present her food, and she came over at once to pay her due attention, although she needed her son’s help because the plate was hot.

“I still eat, not as quantity, but quality and in the love that it is given.”