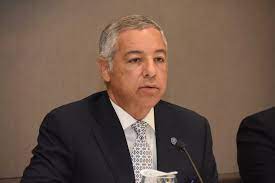 Pellerano Nadal asked the court to declare damages for breaches of contracts, for violation of the agreement between shareholders, and to order a nullity action for the fraud, allegedly, committed by the former official, according to the document deposited on March 18 in San Juan.

Pellerano Nadal was the majority partner in Autogermana, in which he opened a space for Guerrero to become a minority partner. The plaintiff refers in the document that Guerrero would have taken away the share control of his own company, through a series of strategies that would have included pressure from the bank BanReservas, where the former minister was a director between 2016 and 2020, due to his status as head of Tax authorities.