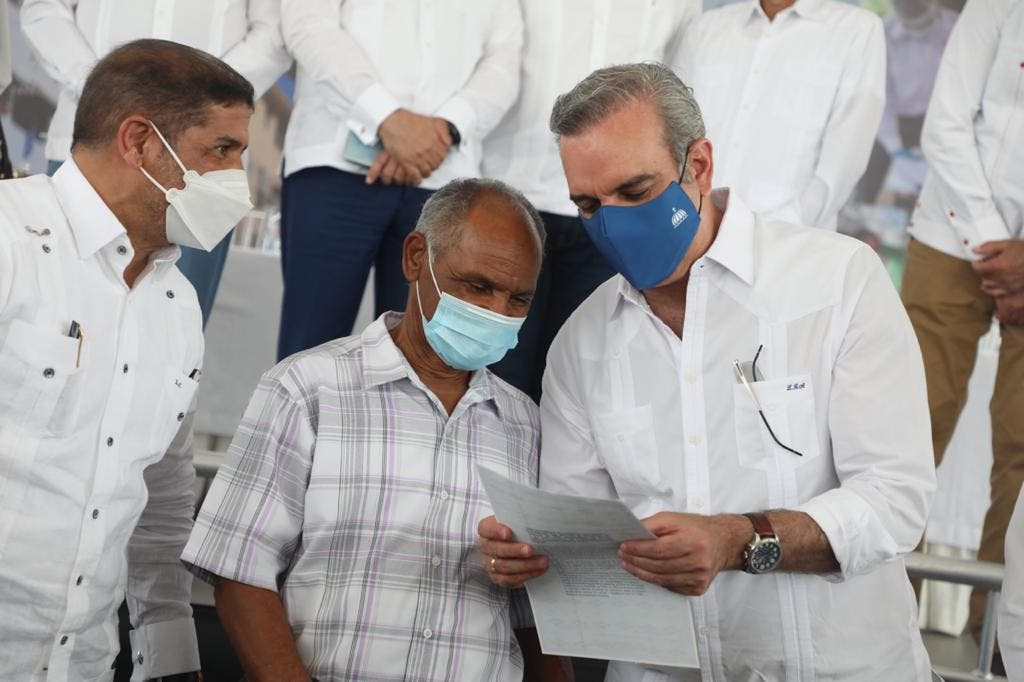 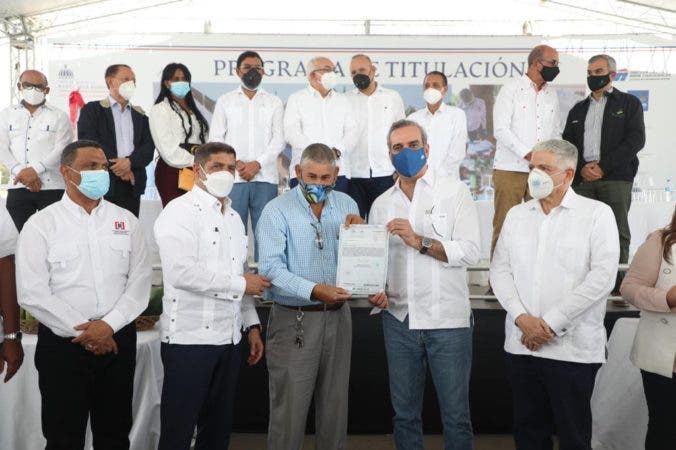 With the vision of improving the quality of life of Dominicans, the President handed over the certificates, which will benefit 1,800 people. The Head of State emphasized that with the delivery of these real estate certificates, the Government highlights the importance of public policies, which directly touch people’s lives and promulgates social justice.

He stated that this initiative is intended to provide legal security to families, increase the value of real estate and facilitate access to formal credit. “To all these people I personally address to congratulate you and tell you that you are the real engine of this government. Those humble and struggling people who are always at the heart of our policies and our governmental action.”

The President of the Nation emphasized that, with the delivery of each title, the country advances in the elimination of the informality of land tenure, which represents one more step for the Dominican Republic to be a country of owners.

On behalf of the community members who received their definitive titles, Esteban López thanked President Abinader for delivering the certificates that will change and benefit people’s lives.

The Permanent Commission carried out demarcation for the Titling of State Lands (CPTTE) and the Dominican Agrarian Institute (IAD).

Danilo del Rosario, interim general director of the IAD, recalled that for many years these hard-working families had not seen the light that would bring them the hope and security of having their own properties, the product of their life’s efforts.

The president was accompanied by the Minister of Agriculture, Limber Cruz; the provincial governor, Rosa Santos; the president of the Senate and senator of Santiago, Eduardo Estrella; the executive directors of the Permanent Commission for the Titling of State Land, Mérido de Jesús.