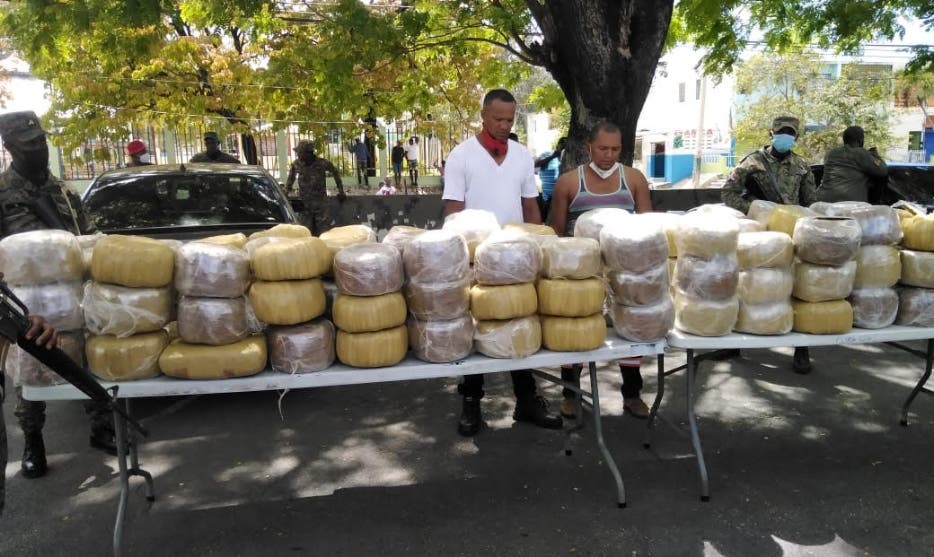 The driver of a truck in which G-2 agents of the Dominican Republic Army seized 131 packages containing 773 pounds of marijuana allegedly evaded four military checkpoints before being apprehended.

Confidential reports indicate that the vehicle, driven by Eduardo Perez Cabrera, left Los Cacos, circumvented the military posts of the Artibonito River, Pedro Santana, Bánica, Sabana Cruz, and it was only in Higüerito where the G-2 agents apprehended him and his assistant Willy Taveras Martinez.

The yellow truck, Internacional brand, license plate L419869, belonging to Empresa Eléctrica Tranfoeléctrica, was taken to the Estrelleta fortress, in Elías Piña, where it was checked by the prosecutors Anyelina Valdez, Luisa María de la Rosa and José Remedio Valdez.

If the vehicle left with the 773 pounds of the indicated drug from Bánica to San Juan de la Maguana, as the note elaborated by the military authorities says, the driver circumvented the military stationed Bánica and Sabana Cruz.

Less than a month ago, the military authorities and the Migration and Customs authorities seized another cigarette contraband transport valued at more than one million pesos in Carrizal, Comendador, in a vehicle that managed to cross through the new military interdiction installations inaugurated a short time ago.