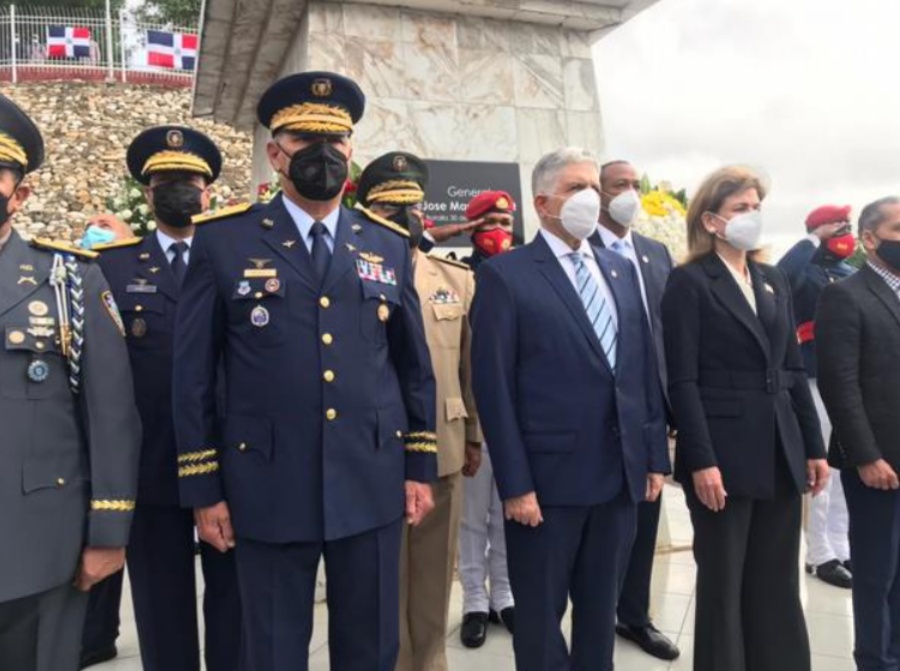 Santiago de los Caballeros.– Vice president Raquel Peña today hailed the heroes of the Battle of March 30 by leading the commemoration of the 177th anniversary of the patriotic deed against the Haitian invaders.

The activities began after 8:00 in the morning at Imbert Park with the raising of the flag and the interpretation of the National Anthem by the music band of the second brigade of the Army of the Dominican Republic.

Along with the vice president were senior military commanders, the Senate president Eduardo Estrella, representatives of the Education Ministry, the president of the Commission for National Events, Juan Pablo Uribe, and authorities from Santiago.

On March 30, 1844, in the city of Santiago took place the second battle in the course of that month which the Army and the Dominican people victoriously fought to strengthen independence and national sovereignty, proclaimed on February 27 that same year at Puerta del Conde.

According to historians, tobacco farmers wielding only machetes joined the soldiers and turned the tide of the battle, in the legendary “Charge of the macheteers.”