Colonel dismissed in Villa Altagracia negotiated with the drugs he seized 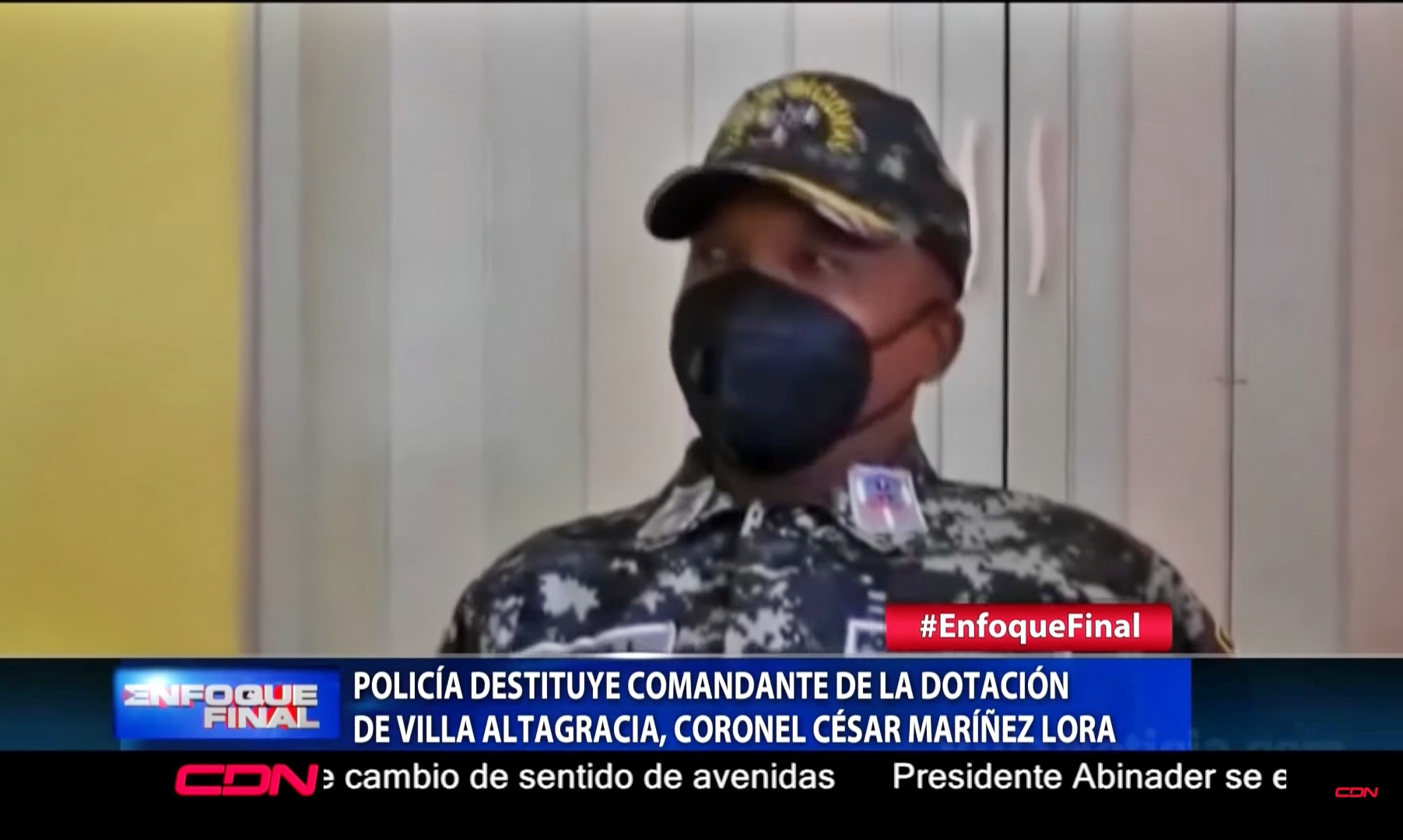 Santo Domingo.– Colonel César Maríñez Lora, commander of the operation in which Elisa Muñoz and Joel Díaz were killed on Tuesday night, had been dismissed from the National Drug Control Agency (DNCD), Diario Libre reported today.

According to press reports from May 2012, Maríñez Lora worked as an inspector for the DNCD in the Higüey municipality and there he used his position to negotiate with the drugs he seized without making the corresponding reports to the authorities.

Diario Libre consulted a DNCD source and confirmed that he is the same colonel who appears as expelled from the DNCD during the administration of General Rosado Mateo.

Maríñez Lora had belonged to the Villa Altagracia command in 2018, then he was transferred but returned again.

In what appeared to be a night of rejoicing for the married couple Elisa Muñoz, 33, and Joel Díaz, 37, it became a massacre after receiving a hail of shots at kilometer 45 of Villa Altagracia at the hands of National Police officers, a murder that has shocked much of the country.

The Public Ministry announced that it will request a year of pretrial detention for the agents involved in the homicide and will make sure that case be declared as complex.