Botanical Garden and National Zoo, an escape for those who stayed in the capital city 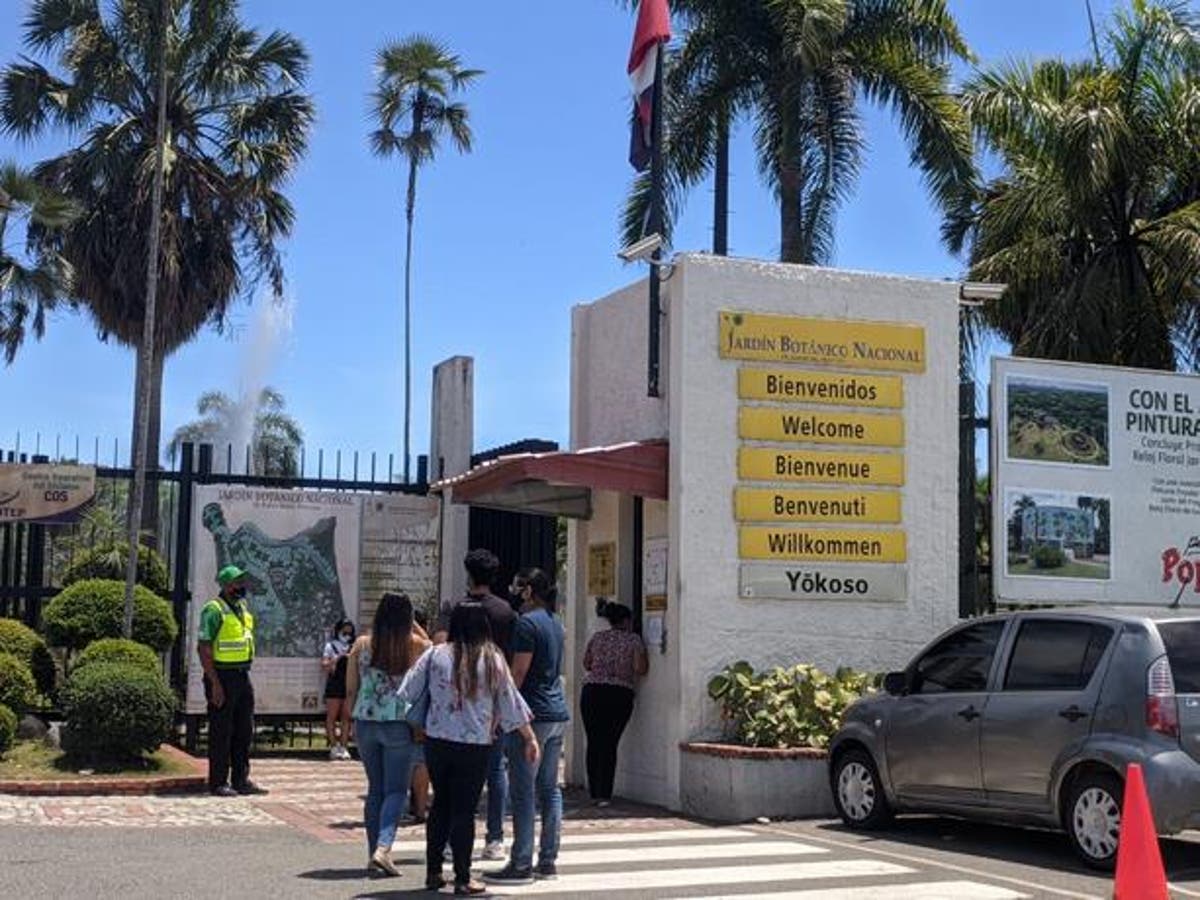 Santo Domingo, DR
Some of the capital’s residents who decided to stay in the city during this Holy Saturday chose the Dr. Rafael M. Moscoso National Botanical Garden and the Manuel Valverde Podestá National Zoo as destinations to enjoy with the family during the holiday.

“It seems that everyone stayed,” was the spontaneous answer of one of the coordinators of the Botanical Garden’s little trains when asked if the number of visitors who chose the park as an alternative in the city, instead of traveling to the interior of the country, had increased.

The large number of vehicles entering and leaving the parking lot was evident from the surrounding avenues, which also looked saturated.

Luis Taveraz, in charge of security at the park, said that from nine in the morning until noon, they had already received approximately 800 visitors, an amount that is significantly close to the average of previous years when the pandemic of covid-19 was not an impediment.

“There is a decrease of people concerning other years, but wow! They are coming,” said the botanical representative, while noting that on previous occasions that he had supervised during Holy Week, “by this time, there were already more than 1,000 or so people.”

Visitors to the Botanical Gardens

Luis Pimentel was one of those who decided to stay in the capital, although he said it had become a habit. “I always stay. I never leave,” said the regular visitor. Pimentel said that the Botanical Garden is “one of the most important places in the city, and we must motivate the people of the capital to come and enjoy the good things that our city has.”

He also emphasized that the space is “very well cared for” and the staff is “very diligent and friendly,” which motivates him to return.

Marnel Martínez, who was with her family and friends in line to board the train, indicated that the Jardín was a choice that fit in with her plans for Holy Week; “not to leave the capital, but to go out and enjoy with her family.

“Last night at about two o’clock in the morning we said: let’s go to the Garden!” exclaimed one of Martinez’s friends, while another stressed “!If we stay in the city, we have to visit things that are in the city.”

In the case of the National Zoo, those interested have to make appointments in advance to prevent the park from exceeding its capacity as a precaution due to the coronavirus. Still, even so, attendance has remained constant, according to Karina Núñez, in charge of public relations.

This weekend, they estimate an average of 4,000 to 5,000 people, which is precisely the statistics they have managed on pre-pandemic Saturdays and Sundays.

Santa Benítez, who was strolling through the park with her husband and two children, said that due to her partner’s work schedule, they were unable to leave the city, but they took advantage of the children’s vacations to fulfill the request of one of them to go to the zoo.

Geni Alcántara also took a family getaway to enjoy the attraction of the park since, she said, they decided not to go to the beaches. “We preferred to stay because the beaches have to be full with everything and covid,” Alcántara pointed out.

Do yourself a favor if you’ve never been: visit these wonderful attractions of our fair city.