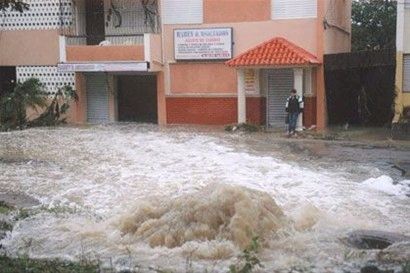 The downpours also caused flooding while swelled streams swept away vehicles, including an SUV which drowned a man in eastern El Seibo province.

In the province of Santiago Rodríguez, the downpours overflowed the Inaje, Las Canas, Guayubincito and other tributaries from their channels.

The flooding of the Inaje River dragged a vehicle with six people on board, who saved their lives with the help of local residents.