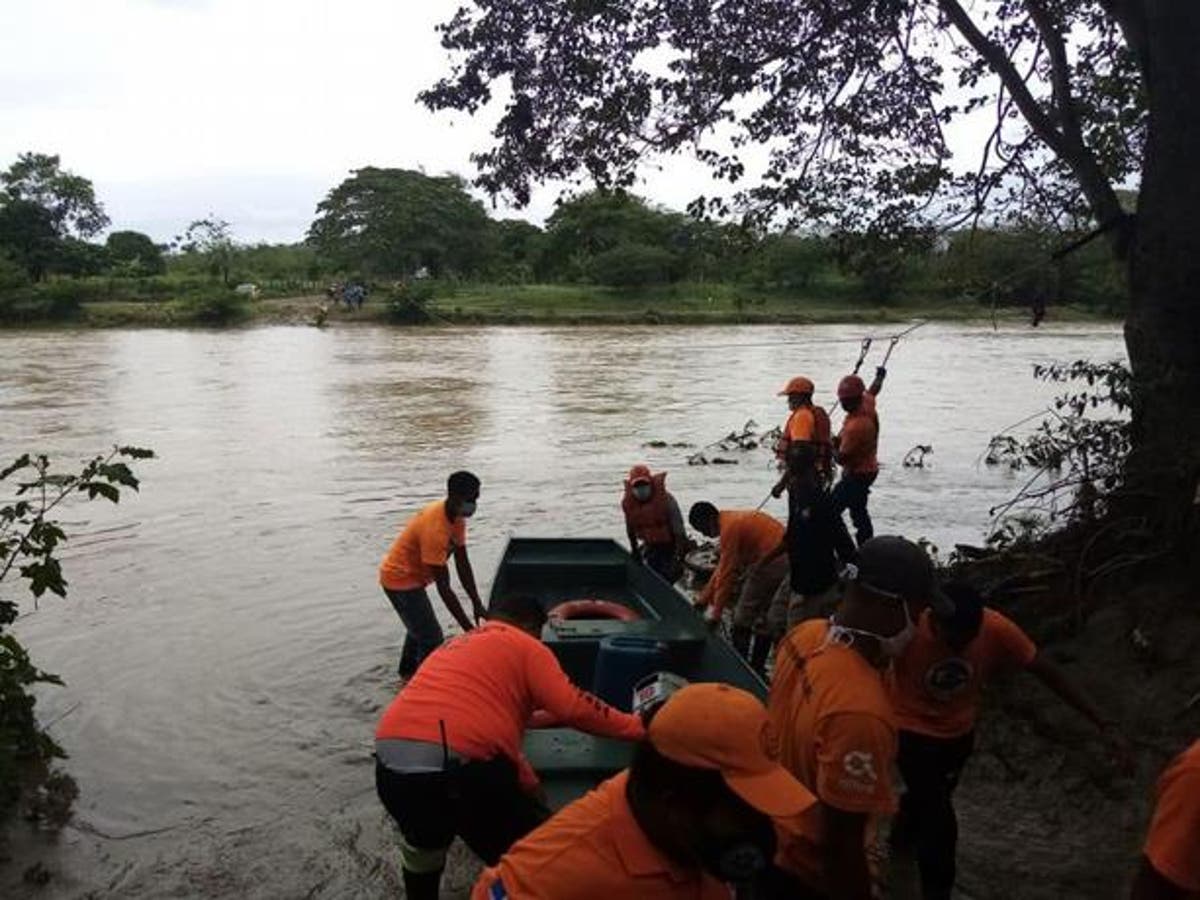 The overflowing of the Tireo river in the municipality of Constanza, La Vega province, interrupted vehicular and pedestrian traffic in La Descubierta, as reported by relief agencies.

Meanwhile, the flooding of the Las Canas river in Santiago Rodríguez, cut off the localities of Jobo, Palmarejo, El Aguacate, Cidra, Tomás and other places for several hours. The Inaje, Guayubincito, and Villa los Almácigos rivers are also still overflowing their banks, affecting the passage of many people in the communities of Sabaneta, in the province of Santiago Rodríguez.

Likewise, in the municipal district of the same name, the overflowing of the Inoa river in Valverde flooded the bridge and interrupted traffic for several hours, according to Civil Defense reports. The Bajabonico river in Puerto Plata affected a suspension bridge, and yesterday several sections and places were still isolated.

In Puerto Plata, the provincial government, with the support of the Dominican Navy and the Civil Defense, established a supply line for the communities affected by the rains in the municipality of Imbert.

The Bajabonico river destroyed the main road of the Saballo community, cutting off the communities of La Piragua Abajo, Angostura, and Boca de Cabía, in Imbert.

The governor, Claritza Rochtte de Senior, led a day of delivery of cooked rations prepared by the Comedores Económicos for the residents of the affected communities.

UPDATE
Yellow Alerts
Puerto Plata and three other provinces remain on yellow alert due to possible flooding from the rains, while 18 provinces are on green alert due to the passage of a cold front affecting the national territory.