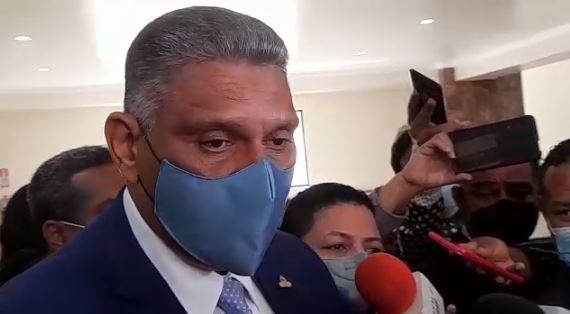 Santo Domingo.- The Minister of the Interior and Police, Jesús Vásquez Martínez, met this Thursday with the Plenary of the Chamber of Deputies in the Hall of the National Assembly to present the scope of the Comprehensive Security Strategy My Safe Country.

He considered a national need to collect a large number of illegal weapons in the hands of unscrupulous people from the country’s streets, ensuring that they have become a disturbing element for citizen security.

He highlighted that as part of these efforts by the President of the Republic, the Executive Power issued Decree 212-21, which declares the Central Government’s actions to guarantee citizen security of national interest. Article 3 establishes a National Disarmament Plan for Peace, which will be developed in four phases.

The official asks the deputies to support the Local Board of Security, Citizenship, and Gender.