Abinader: “the time has come for economic revival and massive employment in the country” 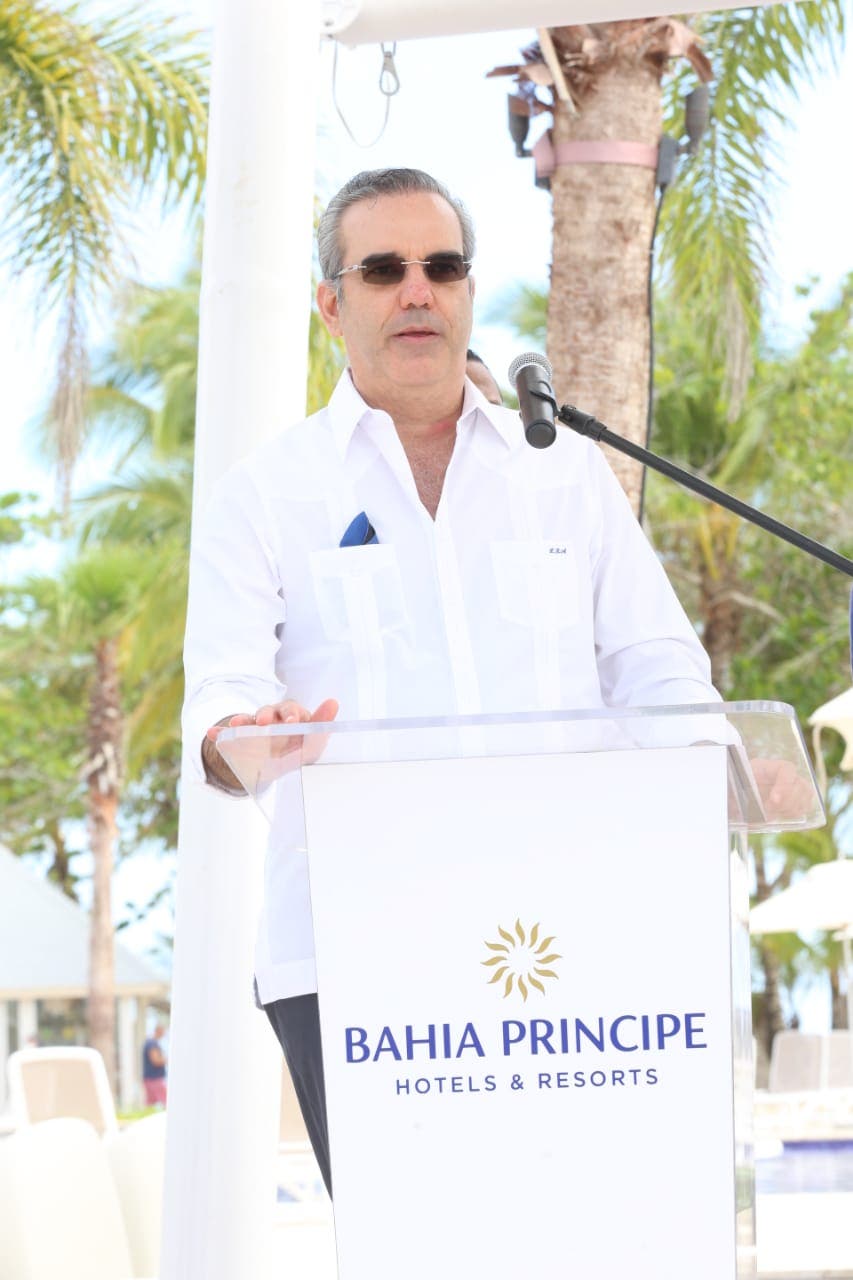 Las Terrenas, Samaná – President Luis Abinader affirmed this Friday that the time has come for the economic revival and massive employment in the country and gave as an example the reopening of the Hotel Bahía Príncipe Portillo, with an investment of 10 million US dollars.

He said that the economic reactivation of the country is his main obsession and concern and that from the government, the necessary measures continue to be adopted for such purposes. “It is my obsession and my main concern. To create all the necessary conditions to generate activity and employment as soon as possible,” said the President.

Referring to the reopening of the Bahia Principe Portillo Hotel, Abinader exposed that the event confirms the national tourism activity’s strength. “A project that returns with an investment of 10 million dollars, with the availability of 464 rooms and will generate more than 400 direct jobs,” said the country’s chief executive.

He assured that this investment represents, at the same time, the confidence of the main actors in the tourism industry at the national level, despite the world pandemic situation. President Luis Abinader stated that tourism in the country is getting stronger every day and that “despite the current situation, our tourism model is solid, adaptable and in the constant transformation to continue being world leaders in this sector.”

He noted that these realities also affect the natural benefits that this municipality of Samaná has, one of the essential attractions in the world. “Las Terrenas is one of the best international tourism sites in the world,” said Abinader.

The President cited data on the tourist mobility of Las Terrenas in Samaná, indicating that until five years ago, 56,000 tourists arrived in this area, in 2018, more than 85,000 came, “a growth of 57%, more than three times the growth of the rest of the country.”

In that regard, the governor stated that one out of every four companies is directly dedicated to some tourist activity, while almost the totality depends on the sector. “For the terrestrial companies, the direct dependence is much greater,” said the Head of State.

He said that more than a reopening, the resumption of activities at the Bahía Principe Grand El Portillo Hotel “is an act of normalization and hope for thousands of people.” He explained that since the arrival of the Coronavirus, the Dominican economy and its people have not stopped overcoming all the obstacles and difficulties to face and get out of the pandemic as soon as possible.

“In the tourism sector, from minute one, we began to work tirelessly on multiple plans and projects that would keep the activity afloat, recover the ground lost due to the circumstances and prepare for a different future,” added Abinader. To that end, he recalled that at the first meeting of the Cabinet of Tourism, the “Responsible Tourism Recovery Plan” was launched, which has been executed flawlessly.

“New certified protocols were implemented, which have allowed us to adapt to international best practices and strengthen our health safety management, in hotels and other tourism establishments,” he reported.

He maintained that the government is working tirelessly to create an unprecedented investment climate in its history. We are demonstrating with plans and a lot of work that if there is a place in the world where investing is profitable and sustainable, it is the Dominican Republic,” said the President.

On his side, the corporate director of the Bahía Príncipe Grand El Portillo Hotel, Antonio Teijero, explained that the establishment reopened its activities after a re-conceptualization inspired by the sea. After the ribbon-cutting, the President and the Minister of Tourism, David Collado, accompanied by the hotel executives, toured its renovated facilities under the common thread of the sea. This element inspired the new design of the resort. Then, they participated in a meeting where they were presented with the Comprehensive Coastal Management Plan, a project that responds to the hotel’s corporate responsibility and sustainability strategy.

Also present were the Administrative Minister of the Presidency, José Ignacio Paliza, the governor of Samaná, Elsa de León; the mayor of Las Terrenas, Willy Esteban; the senator from Samaná, Petro Catrain, the senator from New York, Adriano Espaillat, among other personalities.