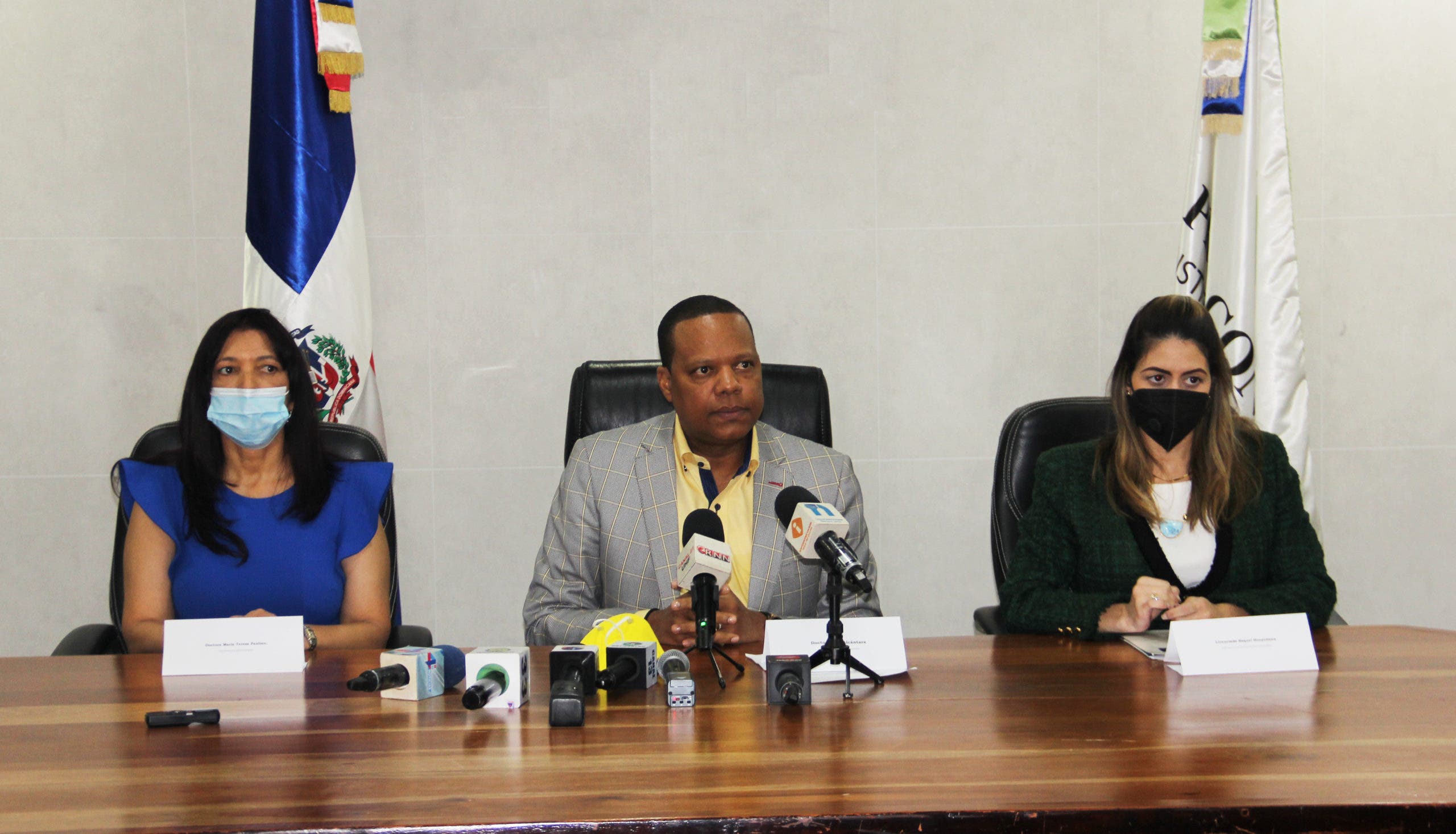 The head of Proconsumidor, Eddy Alcántara (center), at a press conference.

The executive director of the National Institute for the Protection of Consumer Rights (Proconsumidor), Eddy Alcántara, announced this Monday that they will apply “drastic sanctions” to business owners who are found to be selling adulterated alcoholic beverages and said that this institution is working actively and firmly to identify those establishments that incur in this illicit and criminal practice.

During a press conference, the head of Proconsumidor explained that since last week they have been carrying out extensive operations in Greater Santo Domingo and towns in the interior of the country, in which 219 businesses have been inspected ex officio in search of adulterated alcoholic beverages and products unfit for human consumption.

He said that as a result of these inspections, three establishments were closed for the presence of pests, among other non-conformities in violation of the consumer protection law.

Alcántara, who spoke during a press conference together with Pro Consumidor’s Administrative Deputy Director, María Teresa Paulino, and the Technical Deputy Director, Raquel Hoepelman, said that once they have the results of these tests “and if it is proven that some of these drinks are counterfeit, we will be drastic with the owners of these establishments, starting with the closing of the business and the subjection to the justice of these people.”

He highlighted in this sense that collaborative work is being carried out with the Dominican Institute for Quality (INDOCAL), the Ministry of Public Health, and other institutions that have to do with the issue of adulterated drinks, which in recent days have caused the death of dozens of people.

“It has been agreed that once Pro Consumidor does the surveys through the referred inspections, which we will maintain permanently throughout the national territory, we can have the results of laboratories with the speed that the procedure allows, to act immediately against the violators of the regulations,” said the official.

He insisted that they will apply the most drastic sanctions allowed by Law 358-05 on the Protection of the Rights of the Consumer or User and its regulations to the owners of businesses “where we find altered beverages.”

He said that among these sanctions is the closing of the establishment and the criminal prosecution of the owner or owners of the business.

The Proconsumidor director also cited the violation of the General Health Law 42-01, the Alcohol Law 243-68, Law 17-19 on Eradication of Illicit Commerce, Contraband and Counterfeiting of Regulated Products, as well as counterfeiting and poisoning as established in the Dominican Penal Code.