Garbage and misery, the picture of hardship in which the people of the Haina landfill live 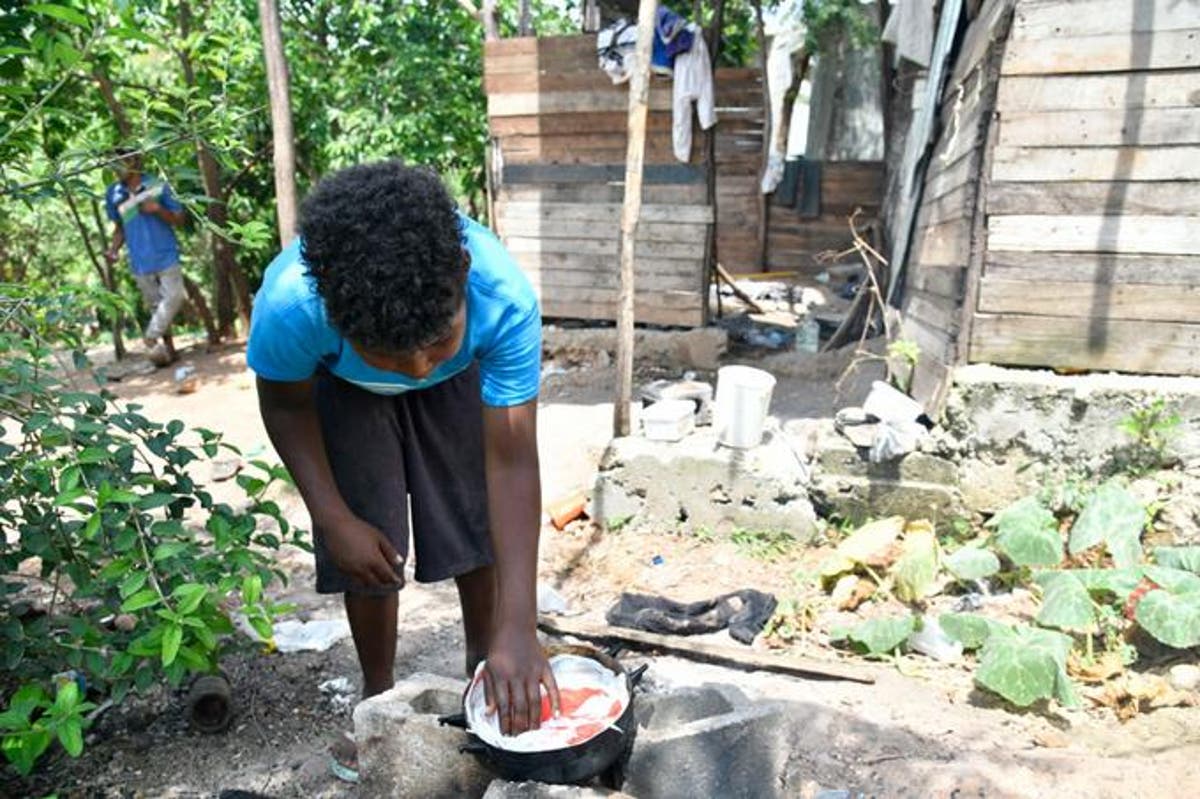 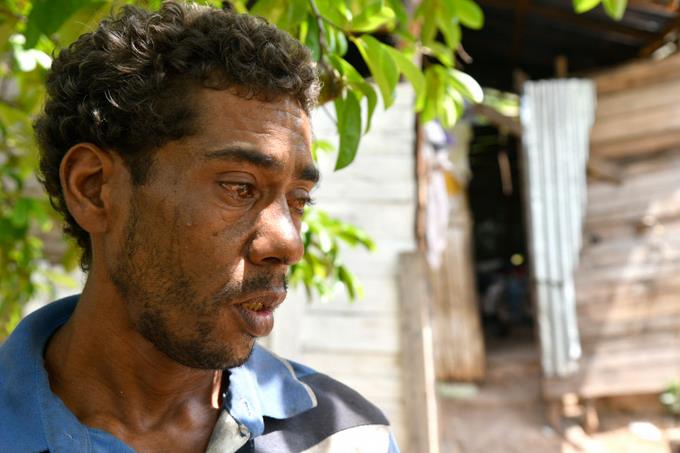 His father and three brothers live off the garbage from the Haina landfill.

Despite the mask, a nauseating smell could be perceived from a certain distance; the Caribbean sun was intense and accentuated the parched dryness of the place while garbage and flies were everywhere.

However, upon entering the Haina landfill, in addition to waste of all kinds, one finds “a community,” a neighborhood where children play among the trash and adults seek their livelihood in the depths of that dunghill.

The intention, on arriving at the site, was to see the situation of the dump, a place where on several occasions, fires have broken out that threaten the health of the residents in the area and one of those that are on the list of the authorities for “modernization.” But that transformation has not arrived. William Alberto Robles was there. He had finished his workday and was walking along one of the area’s dusty streets with his co-worker, Victor Alfonso.

A shy smile and a greeting wave were seen through the window of the vehicle, which prompted the reporters to dismount and ask them about the situation at the dump.

Robles, showing shyness, answered a few times. He did so once to highlight the health situation of his friend Alfonso, who was walking on crutches. After hearing his companion’s story, they insisted on knowing about him, who looked like a cheerful person, until the harsh reality hit the reporters when they arrived at his house.

He climbed slowly into the back of the vehicle, the others staring because of the Listín Diario sign. He led the way between unpaved and rocky streets until he reached a point where he had to begin walking.

“Ezequiel, come and see, some people came to eat your food,” exclaimed Robles to his son in a jocular way, which caused a shy and childish laugh in the little boy, who dreams of being an engineer “and having a nice and normal house.”

Despite his misery, this little boy affirms that he is happy because he is with his father, but he would like to live like “normal people.”

In a “bonfire” made with three stones, placed on one side of what must be the patio of the house, Ezequiel checked the white rice like a professional, lifting the cover that served as a lid to “see if it was ready.”

Five months ago, William was left alone in charge of his four children. His wife, with whom he had a 16-year relationship, left their home, leaving him to care for his four children, two girls and two boys. The females live with their grandmother, who lives a few meters away, because, according to the father, he prefers her to take care of them since “the females are very delicate.”

“I am responsible for my children to find them something to eat, but with the girls, I felt bad, because although they bathe and put on their clothes when it comes to combing their hair and the conditions they have to be given, you understand me, that is why they live there,” he speaks about his life with broken words and tears that do not cease to roll down his face marked by anguish. Four boards, covered with zinc and a bed inside, is what this family has had as a home for 14 years in the neighborhood of Las Mercedes, a few meters from the landfill. 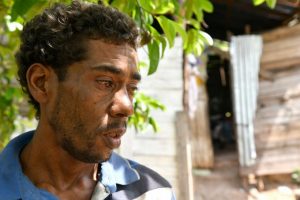 William Robles cries when talking about his children and the misery in which he lives with them. JOSÉ ALBERTO MALDONADO / LD

They have no windows to cover themselves from the weather, no bathroom to relieve themselves, no stove, no fan, no refrigerator, no furniture, and the dirt floor supports their bare feet, black with dust. Garbage is the only means of support for Robles and his children after a foot infection left him bedridden and unemployed for ten months. When he recovered, he started this “trade” that is barely enough to eat empty white rice at noon and some food “with what appears” at night.

“Before the accident, I painted houses and did plumbing, but after I was bedridden, it has been challenging, and with the pandemic, everything got worse,” says William. At the same time, he wipes his tears, thanks God for everything he has, and assures that what he does is for his children.

A week ago, the protagonist of this story had another accident while rummaging through the garbage at the landfill. A sharp object caused a deep wound in the palm of his left hand, which he covered with a piece of cloth; he continued working, and so he has continued every day in search of a livelihood for his children. The wound on his hand does not seem to matter to him, despite its perceived severity.

And the children, do they study?
Since the schools closed, his children Daniel, 9, Daniela, 6, Genesis, 3, and Ezequiel, 12, have not been able to study. The booklets they are given are difficult to fill out because of their poor education. They do not have a television to follow the courses, nor a telephone to keep in touch with the teacher, besides the fact that their “home” lacks electrical service, let alone an intelligent device.

The youngest of the girls does not attend the National Institute of Integral Attention to Early Childhood (Inaipi) even though there is one in the sector, just a few meters from the house.

“There are things that to understand, you have to be with the television and also with the notebook and with a book to write it down (notebook),” interrupts Ezequiel to explain why he has not studied since the pandemic arrived.