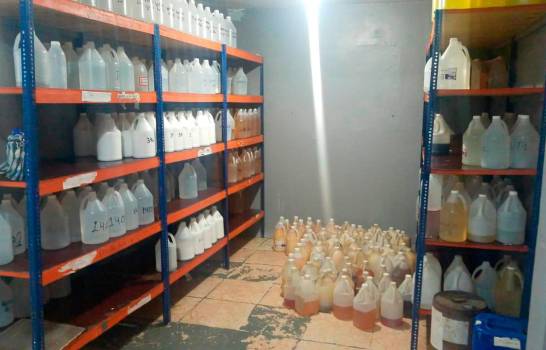 Santo Domingo.- Intoxications with alcoholic beverages mixed with methanol, the cause of death of more than 300 people between 2020 and so far in 2021, have led to the arrest of more than 77 people.

Some 14 people are in custody, 27 are free on bail, and 40 businesses were closed for being linked to illegal activity.

The data was provided by the head of the Special Prosecutor for Crimes against Health, Rafael Brito, who considered that, although it is still too early to have a conviction, since last year to date they have managed to file 14 accusations for the crime of illegal sale of alcoholic beverages.

On Wednesday, the Minister of Public Health, Daniel Rivera, asked the population, especially young people, to “please” stop buying adulterated alcoholic beverages, which so far this 2021 has caused the death of 64 people and intoxicated 151. In 2020, the death toll from the same illegal activity reached 247, for a total of 311 deaths in less than a year and a half.