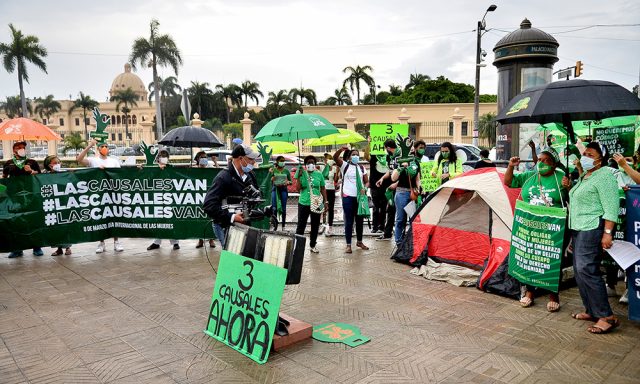 Santo Domingo.- The prochoice campers on Mon. labeled as an “evil intention” wrapped in a package of brownies, but when they called the person known to them who allegedly had sent it, she said she didn’t know about it.

A delivery man came on Sunday afternoon with the package looking for a young woman by her name to deliver the box, which she immediately proceeded to hand out among those present, including reporters.

The bag in which arrived the suspect brownies, that sickened at least nine activists of the “camp of the three causes.” They began to feel dizzy and vomit, seven of them have already been discharged from a clinic and two are still hospitalized, according to local media.

The activists await the results of chemical analysis to determine the type of substance in the brownies.